DOJ's antitrust fight with Google: how we got here

Piling on big tech companies is the fashion of the day, but don't expect the US government to break up Google. 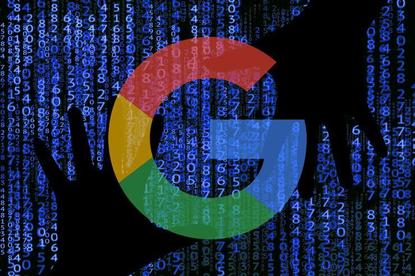 The US Department of Justice (DOJ) wants to break Google's iron grip on search and search advertising. But if that's the end game of the antitrust lawsuit unveiled today, don't expect the government (or Google-haters) to get what they want.

For years now, the Justice Departments and 11 Republican-led states have been working to knock Google off its pedestal as the leading search engine. And now, Deputy Attorney General Jeffrey Rosen is alleging that Google violated Section 2 of the Sherman Act. This follows a 2019 investigation into "market-leading platforms" and their competitive practices. Those of you with long technology memories may recall that the last important time the Sherman Act was used against a company was in 1998 when the DOJ used it on Microsoft.

What the DOJ alleges

The Justice Department, in its filing in U.S. District Court in the District of Columbia, claims Google has created numerous exclusionary agreements that collectively lock up how users access search engines and the Internet. How? By requiring that Google be set as the preset default search engine on billions of mobile devices and computers worldwide and, in many cases, prohibiting preinstallation of a competitor. In particular, the complaint alleges that Google has unlawfully maintained monopolies in search and search advertising by:

Google's defense? "Today's lawsuit by the Department of Justice is deeply flawed. People use Google because they choose to — not because they're forced to or because they can't find alternatives."

Therefore, the DOJ claims: "Two decades ago, Google became the darling of Silicon Valley as a scrappy start-up with an innovative way to search the emerging internet. That Google is long gone. The Google of today is a monopoly gatekeeper for the internet, and one of the wealthiest companies on the planet."

So does that mean Google maintains a monopoly because it forces companies into using its services or does it mean that Google is simply better at search, and thus online advertising than its competition? The answer to that is easy. It's better.

The road to Google search dominance

I've been using search technologies since the 1970s and the very first online database systems: NASA RECON, Dialog, now ProQuest, and OCLC. In the pre-Web Internet, I mastered Archie, Gopher, and WAIS. And long before Larry Page and Sergey Brin created Google in 1998, I was an expert at Alta Vista, Excite, and Lycos.

Thanks to Google's PageRank, which measured the relevancy of Web pages to queries based not only on whether the pages contain the search terms but by how many relevant pages link to it, Google quickly beat out its online rivals. Twenty-plus years later, Google still does a better job of searching than its competitors.

In turn, Google has leveraged that succes to make favorable deals with other companies. There's something more than a little ironic that the Justice Department is going after the company for partnering with its chief Android rival, Apple with its iPhone. Apple will compete with Google at every other turn, but it knows it can't build a better search engine. If Apple could, it would.

The DOJ said in its filing that this case is "just beginning."  The government also says it's seeking to change Google's practices and that "nothing is off the table" when it comes to undoing the "harm" caused by more than a decade of anticompetitive business.

Is it hard to compete with Google? The numbers speak for themselves. But, that's because the company is darn good at what it does.

Does Google use your data to help it improve search and advertising? Yes it does. But this suit is not about privacy. It's about Google's lucrative advertising business.

Just two years ago, the European Commission (EC) fined Google over €8 billion for various advertising violations. Though the DOJ is taking a similar tack, Google has done away with its most egregious requirements. These included exclusivity clauses, which stopped companies from placing competitors' search advertisements on their results pages and Premium Placement, which reserved the most valuable page real estate for Google AdSense ads.

It's also true that Google has gotten much more aggressive about using its own search pages to hawk its own preferred partners. As The Washington Post's Geoffrey A. Fowler recently pointed out: if you search for "T Shirts" on Google, the first real search result appears not on row one, two, or three — those are reserved for advertising — or even rows four through eight. The first real result shows up on line nine.

Yes, Google could use a good hard legal slap. But, an antitrust suit? How exactly would you break it up? There aren't clean dividing lines here — which leads back to an earlier case: The DOJ-Microsoft fight.

In short, this isn't Microsoft. In the 1990s, Microsoft successfully killed off its chief web browser rival, Netscape, by bundling Internet Explorer with Windows and then forcing Windows down the throats of all the PC vendors. No one's forcing users to use the Google engine. (DuckDuckGo will let you switch to its privacy-first search engine with the click of a single button.)

You may also remember that even though the DOJ "won" its case against Microsoft, it made no real difference. When was the last time you used Netscape?

What bothers most people when it comes to Google involves privacy concerns. But this case is mainly about advertising. And what's really driving this at the moment is politics, and it's been building toward today's action for a while.

The Trump administration wants to punish Google for what it calls its anti-conservative bias. (Two years ago, Trump's advisers started talking about subjecting Google searches to government regulation.)

Before this case was filed, many DOJ staffers said they weren't ready to charge against Google. But Attorney General William Barr overruled them and set the case in motion. Here's Barr's statement. Would it surprise you to know that every state attorney general who signed on to back this suit is a Republican?

Google took "Don't be evil," out of its code of conduct two years ago. But, there's evil, and there's Evil. In this case, the Trump administration hopes to look like it's standing strong against Big Tech, and conveniently attacking Google two weeks ahead of the US election.

In any case, this attempt to re-balance the technology balance of power against Google will likely come to nothing. At most Google will pay a small — for Google — fine and fine-tune its advertising contracts. Bringing Big Tech to heel, whether that means action against Facebook, or Apple, or another Big Tech company, will have to await another, more sensible and business and tech-savvy administration.