CyberCX forks over $25M to buy Cloudten and Decipher Works 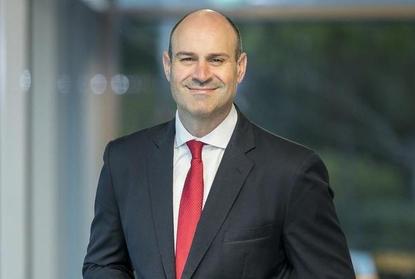 CyberCX has once again reached into its pockets to make a dual acquisition of publicly listed Cloudten and Decipher Works for $25 million.

According to the recently launched CyberCX, the deal will give it greater capabilities in cyber security, identity, data analytics and cloud services sector.

In addition, the deal will broaden CyberCX’s customer base across financial services, education, government, transport, manufacturing and services sectors.

John Paitaridis, who left his role as Optus Business to lead the BGH-backed "supergroup", said the acquisitions will form part of the company’s investment plans for our identity and cloud security offerings.

“COVID-19 has accelerated enterprises’ cloud migration strategies and highlighted the need for robust identity management solutions,” he said. “With its deep domain expertise and relentless customer focus, CyberCX is well positioned as a strategic partner on this journey.”

Collectively, Cloudten and Decipher Works have teams in Sydney, Melbourne, Brisbane and over 50 employees

It was acquired by TSI in 2017 for around $5.1 million and later went on to capture $500,000 worth of revenue from new business wins for its new parent company.

Meanwhile, Sydney's Cloudten was bought by WA-based TSI in 2019, the former paying $8.6 million for the Amazon Web Services (AWS) partner.

Following the acquisition, Cloudten launched in London and opened two new offices in Melbourne and Brisbane.

Richard Tompkinson, Cloudten MD, called CyberCX the “perfect home” for the company, adding: “CyberCX complements our existing domain expertise and will accelerate our growth prospects. We are proud to join Australia’s leading cyber security services organisation and look forward to continuing to drive outstanding results for our customers.”

Meanwhile Decipher commented that the combined group will present one of the “region’s most capable and compelling identity and access management offerings”.

Launched last October, CyberCX has grown to 600 cyber security professionals across over 20 offices across Australia and New Zealand, growing largely through acquisition.

The deal is now currently being put to shareholders.