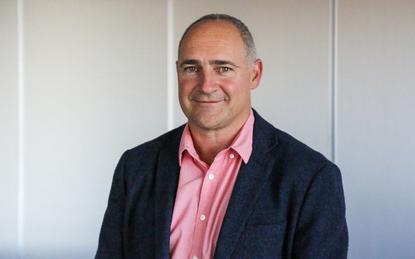 New Zealand is to become a hotbed of SAP partner activity as the German software giant’s global channel market is set to hit US$260 billion by 2024.

Following a bumper year in which SAP New Zealand's revenue lifted sharply from $123 million in 2018 to $158 million last year, the vendor is now looking to partners to boost its cloud drive and S4/HANA migrations.

Globally, according to an SAP-sponsored IDC report, the vendor is expecting its cloud market opportunity to offer US$204 billion worth of opportunities for partners until 2024 and US$260 billion in total.

The research revealed SAP’s cloud revenues over the next four years will be split relatively equally between cloud and on-premises, indicating that hybrid set-ups will still feature prominently in customers’ infrastructure.

However, cloud computing will form at least 68 per cent of SAP’s total ecosystem revenue until 2024.

The report also claimed that 280,000 SAP consultant roles will be created globally between 2020 and 2024, providing roughly one billion billable hours to the partner community.

“We’ve seen increased investment by partners in the A/NZ market with the growth and increased hiring of SAP practices,” Hettler said.

“The recent acquisitions are also a positive sign for our partners by providing evidence of good long-term prospects to other players. It also leaves space in the market for entry by new partners or for expansion by existing partners, and SAP A/NZ is always looking for new partners.”

This year, SAP announced the most significant overhaul of its 14-year-old partner program, moving its 21,000-strong global partner network away from its traditional tiering model.

"The role of the partners is evolving from an SAP perspective," Fahrbach said at the time. "We don't see them any more as just a go-to-market element that helps us sell through indirect channels or as system integrators to help us implement the solutions we sell.

The announcement coincided with the launch of the vendor’s SAP for Me app, a digital automation tool designed to provide a “new learning experience” for the channel.

Hettler added that he expected both the program and the apps’ launches to drive more growth, citing its recent partnership with Honeywell as an example of this, with the two to build a new cloud platform using Honeywell’s autonomous buildings solution and SAP Cloud for Real Estate.