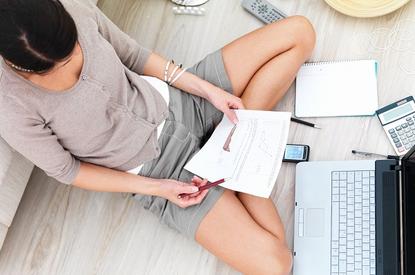 Everybody who survives 2020 will look back on it as a year that stood outside the normal flow of our lives. Tech vendors have had to adapt to the chaotic storm of events that has turned global society upside down.

In addition to the FAANG vendors (Facebook, Amazon, Apple, Netflix, Google), Microsoft will remain one of the dominant figures in the eventual post-pandemic phase of our lives. During its virtual-only annual Ignite conference, the Redmond, Washington-based cloud powerhouse cemented its position as an innovation leader.

We could easily focus on Microsoft’s numerous tweaks to its Azure cloud portfolio and Office productivity tools, but these are less interesting than the new and enhanced solutions that are positioning the company for life after COVID-19.

In this coming social order, the most pivotal technologies will be those that enable greater social distancing, more productive remote collaboration, more fluidly immersive reality, and comprehensive biosensing.

Here’s my dissection of the chief Ignite announcements that address each of these trends.

Social distancing increasingly depends on tools for keeping people out of range of those who might spread infection. Contactless technologies are fast becoming most people’s interface for everything from payment to self-service interactions with all enterprise apps and devices.

Recognizing how central this is to the future, Microsoft this week announced contactless support in its Teams solution. Later this year, Microsoft Teams Rooms devices—such as the new Surface Hub 2S—will support new contactless meetings capabilities within physical conference rooms. Contactless support will be built into the Rooms remote app and will be available for Teams through Microsoft Cortana voice assistance.

In addition, Microsoft announced Teams Panels, a new category of mountable devices that use information from other wirelessly connected Teams devices, such as people-counting cameras. The Panels devices can show room capacity information, notify meeting participants of room scheduling and occupancy, and assist with wayfinding around physical offices. They will also be able to provide concrete safety guidance from the meeting facility administrator.

Better support for people-counting cameras was also in Microsoft’s announcements this week. It rolled out a new spatial analysis feature of the computer vision service within its Azure Cognitive Service portfolio. For social distancing purposes, this feature combines images from multiple cameras and employs AI algorithms to count people in a space, measure how long they’ve been there, determine the distance between them, and meter their queue wait times. For retail, security, and other apps, it can also meter foot traffic in a space and determine when people are trespassing in forbidden zones.

Working from home has become essential to keep our economy, society, and even political system from screeching to a halt. It’s no secret that usage of Microsoft Teams and other remote collaboration solutions has skyrocketed during this crisis, along with distance learning, remote medicine, and other technologies that replace in-person meetings of all sorts.

Recognizing that it has a pivotal platform for this new era, Microsoft this week announced many enhancements to Teams that bridge the productivity gap between remote workers and those who may choose to operate out of traditional multiperson offices, now or in the future. These new features, some of which will be available later this year, include:

Taken together, these solutions enable, for example, a headset-wearing car owner to be guided by an automaker-developed MR program in performing a simple repair job at home.

Life after COVID-19 will see growing adoption of biosensors to monitor the presence and spread of pathogens that threaten lives and health. We’ll see deployment of ubiquitous sensors to detect viral pathogens in the air, water, soil, surfaces, and human and animal tissues. We’ll also see them internetworked through IoT (the Internet of Things).

Addressing this imperative head-on, Microsoft announced Premonition, an early warning system for disease outbreaks such as, but not limited to, COVID-19. Available in coming weeks through an early access program, Premonition is designed to detect pandemics and other disease outbreaks early so that they can be prevented, contained, and otherwise mitigated before they spin out of control. The service automates the capture, collection, aggregation, and analysis of data on potential outbreaks.

Behind the scenes, Premonition leverages a a global network of IoT-connected sensing platforms to feed supercomputers with real-time genomic data recovered from insects and other environmental sources. Running on Azure, it uses robotics to autonomously collect environmental samples and scan the recovered genomes for biological threats.

Over the past five years, Microsoft has tested its technologies in various habitats worldwide, ranging from the sands of the Florida Keys to the deep forests of Tanzania. To date, it has scanned more than 80 trillion base-pairs of environmentally recovered genomic material worldwide for biological threats.

Anticipating the growing need for governments to maintain counter-contagion nerve centers, Microsoft has worked with Harris County, Texas (where Houston is located), for the past four years on the initative now called Premonition. In conjunction with Premonition’s public launch, Microsoft has announced that Harris County is expanding its deployment to support continuous biological situational awareness. The county’s goal is to enable health officials to monitor and forecast outbreaks in real time on a map so that they can better plan early interventions to protect the public.

The announcements that weren’t made

Microsoft has the strongest portfolio for helping enterprise customers shift operations toward a future in which more work is done from employees’ homes and the practical distinction between physical and virtual team spaces vanishes.

Such productivity will depend on tools such as those Microsoft announced at Ignite for social distancing, remote collaboration, immersive reality, and comprehensive biosensing. But there were a few notable gaps in Microsoft’s strategy, if we consider purely the announcements at Ignite 2020.

For starters, Microsoft did not make any robotics-focused announcements. That was unfortunate, if we consider that the market for automated disinfection robots continues to heat up with new entrants. Before long, many offices and public spaces will be equipped with biosensors and robotic cleansing platforms that allow workers and customers to reoccupy them.

Also, Microsoft did not indicate whether it plans to package its Premonition biosensing technology for on-premise deployment in enterprise facilities, or even for hybrid deployments that span the Azure public cloud and enterprise private clouds. This was a noteworthy gap in its Premonition story, especially since Microsoft made a big to-do about adding more devices and services to its Azure Stack hybrid-cloud portfolio.

Neither was there any discussion of whether Microsoft plans to provide customers of Premonition with quarantine orchestration tools to guide more orderly lockdown, quarantine, and reopening of physical facilities in the face of disease outbreaks.

That latter capability will almost certainly become a standard feature of enterprise facility management solutions everywhere as we move more deeply into the new decade.