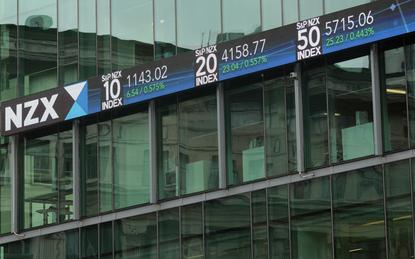 The chief information officer of the NZ Stock Exchange (NZX), David Godfrey, has resigned and will leave the company at the end of 2020.

Godfrey has held a range of IT leadership roles over more than 11 years with the company. He joined NZX in June 2009 through the $13.1 million acquisition of market platform company M-co and became IT manager for NZX Energy Services.

He subsequently headed up regulated systems  and operations before leading the company’s full technology function as head of IT in June 2011 and as CIO since February 2016.

The resignation comes after the exchange was hit by persistent and massive denial of service attacks that halted trading by making the market's website and company announcements inaccessible.

Asked if there was a connection between those attacks and the resignation, NZX CEO Mark Peterson said in a statement: "David has been in the business for more than a decade, and has been a great contributor over that time - including through the challenges we faced this year due to COVID-19 and the more recent cyber-attacks where he has shown wonderful calmness and support of his teams."

NZX said in an announcement that an international search for Godfrey's successor was under way and NZX’s technology committee would be involved in the process.

Peterson said that Godfrey had been an incredibly valuable and loyal member of the NZX team over the past decade, and a great contributor to the organisation.

“NZX has changed materially over the years and we are very grateful for the contribution David has made to the business," Peterson said.

"His attitude, commitment and support of everyone across the business – and through the wider capital markets community – has been first-class,”

“We wish David all the best for the future.”

Earlier in the year, NZX called in Ernst & Young to help it sort out technical and capacity issues it faced due to an "around four-fold" surge in retail trading volumes attributed to surging use of share trading apps, since early 2020.

Ernst & Young was charged with conducting an independent external review of the issues and potential remediation actions, including hardware and software upgrades.

In 2018, the market suffered two other significant outages, prompting a review by the Financial Markets Authority which found the NZX took appropriate action to address the problems.