Jade ThirdEye, an anti-money laundering product, appears to be emerging as the company's latest product bet 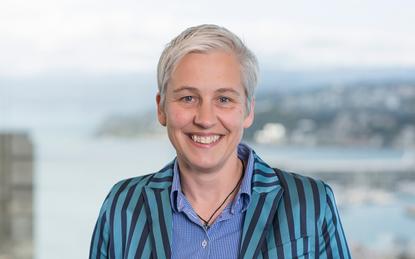 The Christchurch-based, UK-owned company also reported declining sales year-on-year, down 19 per cent from $41 million to $33.2 million.

A report from CEO Charlotte Walshe and chair Sue Suckling said Jade continued to strike the balance between achieving profitability while investing in the future capability and resilience.

The year saw a significant investment into sales and marketing and the completion of several major customer projects which both contributed to the profit decline.

However, Jade continued to operate with a "stable blue-chip customer base" on recurring revenues and growth on its software products.

The strength of the business stems from the long term relationships it had with many blue-chip customers in New Zealand, Australia and the United Kingdom and Jade was focusing on enhancing those partnerships to provide growing value for these customers and a deeper role for the company, the report said.

The past year has seen the company invest into improved customer interfaces and a strengthened sales and marketing team, with sales resources added in Christchurch, Auckland and Sydney and additional capability added in marketing.

"Both of these have strong and supportive customer bases and are important long term products for our business," the report said.

Jade ThirdEye had been growing with a strong market in New Zealand and growing presence in UK and Australia.

"The Anti-money laundering compliance obligations on organisations dealing with funds are increasing across these jurisdictions and we see continued demand for this product."

Jade, which is now owned by one of its early customers the UK-based Skipton Building Society, has a history of spinning out its products into new companies.

It did so with Wynyard Group, which listed on the NZX before failing in 2017.

It also spun out its port management software business, Jade Logistics. The MasterTerminal software it developed is now owned by Navis, a subsidiary of Finland-based Cargotec Corporation.

Jade also implemented a new ERP system during the year.