Clients expected a lot more from their cyber security partner 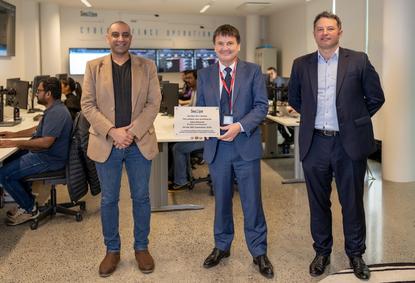 The ISO/IEC 27001:2013 certified centre is staffed by a NZ-based defensive and offensive security team, which Bolla said was believed to be a first in NZ.

“We’ve experienced a couple of years of strong growth, and that success has been built on the back of the service we provide to our clients, which is focused on assisting them with doing the basics well," Bolla said.

"The cyber defence operations centre plays a crucial role in identifying the threats and associated risks that exist across our client’s people, process and technology stack."

"Over the past 18 months, we have matured the service to optimise the 'detect' component and significantly increase and automate the 'respond' side of the service," Bolla said.

A range of new technologies have been introduced to augment the intelligence of security analysts, including artificial intelligence to facilitate contextual and autonomous response, enabling the team to detect and quickly respond to threats.

"With this investment and support of our technology partnerships, the next phase of our growth will be to invest in mirroring the functionality of the Auckland based cyber defence operations into Wellington," Bolla said.