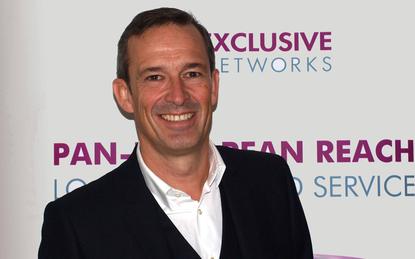 Exclusive Networks has a new CEO in the form of Jesper Trolle who will be taking over from founder Olivier Breittmayer.

Trolle will work with Breittmayer, who will become a non-executive board member of Exclusive, for the next three months to ensure a smooth transition.

Breittmayer hatched Exclusive Networks in 2005 and expanded the value-add distribution business model globally through many acquisitions along the way, including WhiteGold Solutions, marking its foray into A/NZ in 2014 and most recently Hong Kong-based specialist value-added distributor JJNET.

Trolle has notched up more than 28 years in the sector, previously working for ECS Arrow Electronics.

In 2001 Trolle founded Next Denmark A/S which was acquired by DNS Denmark, which in turn was acquired by Arrow in 2005. Since then, Jesper has held a number of diverse positions in multiple locations within Arrow including stints in Germany and around Europe. He took up the role as Arrow’s president of Americas in 2017, based out of Denver, Colorado.

Breittmayer said Trolle was the standout choice following an intensive search and selection process in the last six months or so.

“His cultural and international experience, obvious entrepreneurial DNA, knowledge of upscaling global businesses at pace and empathy with value-based distribution is impressive and refreshing,” he said. “It is with confidence and a smile that we are getting such a capable person to take over the helm of the business.”

Trolle added the distributor’s reputation and focus on value, services and specialisation added to its strengths on value creation for its partners.

“Olivier’s vision of creating the only specialist distributor on a global scale, focused on high performance cybersecurity infrastructure, was imaginative and disruptive – and that vision has become reality. Exclusive continues to buck market trends, growing at pace organically, expanding geographically and still disrupting,” he said.

“The only thing that hasn’t changed or been diluted is the obsession with value, services and specialism. My job is clear: turn the global presence into a cybersecurity infrastructure powerhouse, at scale and speed, and it is a challenge I relish, feel qualified to do and very much look forward to.”

Exclusive Networks Pacific managing director, Jonathan Odria said Trolle had experience working within the Asia Pacific region which will be a great benefit to partners here.

"Olivier's vision of building the Exclusive 'Network' of value-based distribution businesses, globally guided but locally delivered, was unique and something we value very much here in Australia," Odria said. "I am looking forward to seeing what Jesper brings to the table and are confident he will continue the great achievements Olivier has been able to deliver during his time as CEO."

In January, the value-add distributor combined Asia and Pacific under one leader, appointing Brad Gray as senior vice president of Asia Pacific.