Microsoft plans to change how it delivers updates to some parts of Windows 10, saying the new bundling tactic will end confusion and streamline the OS's regular refreshes 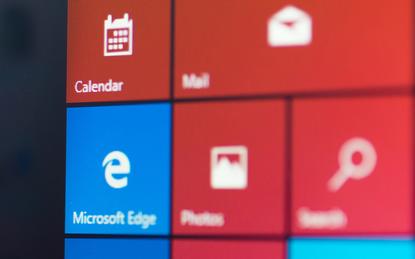 Microsoft has changed how it will deliver updates to the parts of Windows 10 that receive and install files from Windows Update, claiming that a new bundling approach will eliminate confusion and streamline the OS's regular refreshes.

Up to now, Microsoft has distributed each servicing stack update (SSU) separately from any cumulative update (CU). The new practice will combine the two – SSU and CU – into one package for download and deployment by IT administrators.

Most Windows end users would be hard pressed to define SSU, even though their PCs have received numerous examples. Not an update to the Windows Update service itself, an SSU is instead a refresh of the components of Windows 10 needed to receive, verify and install files from that service. SSUs are a necessary part of the Windows servicing and maintenance ecosystem, as Microsoft makes plain.

But because SSUs have been issued separately from CUs – and the fact that a given CU may require a specific SSU to already be in place before that CU can be installed – loopholes to confusion existed.

"First, it doesn't occur every month," said Aria Carley, a Microsoft program manager, in a post to a company blog, referring to appearances of SSU. "Second, the error message that the [CU installation] failure can produce, 'update isn't applicable,' doesn't make the root cause immediately apparent."

This separate distribution of SSUs and CUs will stop, at least for some Windows 10 users.

Customers running Windows 10 2004, the feature upgrade Microsoft released in late May, who have installed the September SSU will (in the future) see "a single cumulative monthly update ... that includes the month's cumulative fixes and the appropriate servicing stack updates for that month, if applicable," according to Carley.

At some point – Microsoft didn't make it clear when this would kick in – IT administrators using WSUS (Windows Server Update Services) or Microsoft Catalog will be able to retrieve a combined update package. Likewise, the accompanying support document will include information on both the SSU and CU.

"The SSU and CU will be packaged together, and the client will orchestrate the installation," Carley wrote. "Select the monthly cumulative update you want to deploy, and we will take care of the rest!"

For now, only Windows 10 2004 will be eligible to receive these combined SSU+CU packages. But Microsoft implied that it would extend the functionality to more versions down the road; almost certainly, those versions will include Windows 10 20H2, the minor upgrade slated to ship this fall.