The phase one go live for planning and budgeting software encountered significant challenges. 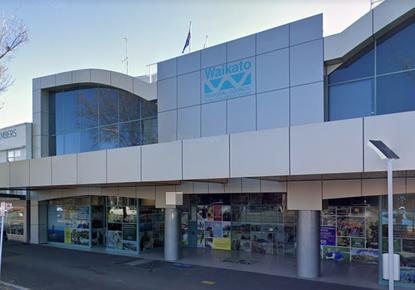 The latest KPMG project assurance report, posted in a committee agenda, uses a red/amber/green scale to rate the risk level of various aspects projects and their governance.

Amber rated aspects of the project, denoting medium risk issues, were also down, from 15 to 12.

A revised rollout schedule has led to a $1 million increase in costs, with procurement and implementation now expected to cost $11.5 million, up from an earlier $10.5 million.

The original budget was developed with the first stage implementation commencing in mid-2020 and the final implementation targeting July 2021, the council told Reseller News.

"This programme scheduling was revised over the period December 2019 to February 2020, along with the project budget.

"The outcome of this review is a revised project schedule – still based on a first phase go-live in September 2020 and final implementation targeting July 2021."

The project scope has not been changed.

The implementation project budget assumes that the project would fund licence costs for the duration of the project and for the remainder of the subscription year following go-live.

The revised roll out schedule means the project will be funding these licence costs for a longer period of time than anticipated in the original budget.

Overall, the status of the project is rated amber "while resourcing requirements and risks associated with overlapping go-lives and testing activities across phases two (assets), three (HCM/payroll) and four (finance and property and rating), and resourcing of testing activities over the December/January period are addressed", council said in its project commentary, also included in the agenda.

The rollout of phase one, budgeting and planning, clearly had its challenges, the commentary indicated.

"User acceptance testing has been completed for the setup of the planning process through to the completion of budget entry, but not for the full end to end process due to issues encountered.

"Go live activities have continued alongside planning to address the outstanding areas to be tested and preparing a fall back/parallel run option to ensure the LTP [long term plan] budgeting process is not compromised.

"Performance issues encountered over the go live weekend are being investigated by Infor with a decision to continue with go live or fall back to the status quo solution required by 4 September."

It went on to say an Infor global team has been working on this issue as a "priority one, high level incident" and had implemented a work-around to allow go live testing to continue the week of 24th August.

"As a priority one issue, we have received 24-hour global support to resolve the matter. A root cause analysis is being undertaken to understand the issue that has been encountered, the work around solution and delivery of a permanent fix."

However, the council told Reseller News phase one, budgeting and planning, was now live.

Ascender was selected to deliver the HR and payroll aspects of Project Reboot, however, workshops to be held with Ascender to scope the implementation have been delayed to the end of September due to resourcing constraints within the WRC and Infor team with the phase one go live, the commentary said.

Other delays are noted in the asset management and human capital management aspects of the project.

The overall aim of Project Reboot was to transform how the council operated, through the use of processes and enabling systems that were easy to use, provided ready access to information and security that the integration points will be seamless, secure and provide data integrity, the council has said.