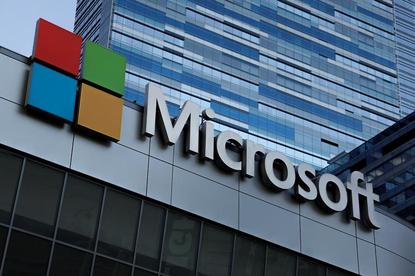 Microsoft is pushing its plans to build a new datacentre region, based in Auckland, to the local defence industry, positioning it as superior to what it called "in-country" offerings.

While much detail still had to remain under wraps, the pair did share some new information about delivery plans and benefits.

Ragg said traditionally customers moved to the cloud when exiting their own datacentres.

Many organisations were not good at managing tin, he said, and organisations could find themselves lumbered with aging gear. End of support and skills shortages were other drivers.

The traditional next steps were to shift to an in-country infrastructure as a service (IaaS) provider or to a cloud vendor.

Customers that chose Azure often did so because it allowed easy access to other adjacent advanced technologies, such as cognitive services.

"Typically you can't do that yourself or access it in in-country datacentres," Ragg said.

Security was another issue, he said, citing the recent DDoS attacks against the the NZX and other organisations. Shifting to the cloud effectively meant organisations were making Microsoft responsible for managing the response to such events.

Ragg said one local customer called after attacks on the New Zealand Stock Exchange and others looking for DDoS protection. The Microsoft engineer told them that because their website was in Azure it was already being protected.

"That was Microsoft's’ job."

Cloud also helped ease some of the traditional trade-offs between accessibility and security because it obviated a lot of the additional customer protocols that limited availability.

Organisations that made the shift also found it easy to spin up and down test environments to support DevOps and Agile methods.

Sustainability was also a growing concern across the carbon footprint of IT, vehicles and buildings.

These were primarily in mission support, in the field, the ability to scale up with information synchronised in real time across the landscapes of air land sea and space.

The US$10 billion JEDI project has been mired in dispute since the contract was awarded to Microsoft last October.

AWS argued there had been undue influence from the very top, President Trump, who had been fighting running disputes with AWS founder Jeff Bezos since before his election in 2016.

Last week a reevaluation confirmed the award, but AWS said it was not backing down and the contract remained on hold.

Asked in question time about the New Zealand Defence Force's "XIE concept", also in Azure and delivered with Datacom, the Microsoft pair confirmed there were similarities with the US's JEDI programme.

The "X" in XIE stands for "anywhere" – deployed in the cloud, Stack or ship and forward deployed even down to a backpack as a subset of what runs in "big Azure".

XIE now appears to be out of the lab and into production, in a $118 million rollout.

So, why Azure for defence? The key thing was hybrid capability, Mcleod said.

Particularly in New Zealand, the challenge in the past has been with data sovereignty and latency.

Hybrid had really filled that gap but there was still a capability gap in the field, until JEDI pulled that together and provided seamless governance across all deployment scenarios.

Ragg said COVID-19 had sped up the adoption of tools such as unified communications, remote technologies, and collaboration much more broadly.

Customers would typically do these projects over three to six and maybe nine months, he said.

Now everyone was trying to get on and systems were falling over because capacity had not been planned.

Demand for Microsoft Teams had been huge. Roughly 280,000 people were licensed to use Teams under the all of government contract, he said, but many were still in the process of implementation.

Once they get on, they can then turn on other features, such as security, to collaborate across agencies or outside with NGOs, and from home and office.

That adoption had led to changes in operating models and skill-sets within IT for both customers and partners, often with a hybrid or blended approach used to manage both the legacy and new environments.

Mcleod said adoption of Microsoft 365 very widespread and that helped customers to get their heads around cloud before wholesale migration to Azure.

One big advantage of that was that Microsoft was probably biggest connectivity provider in world, not over the open internet, but over the company's own, proprietary wide area network.

These would be new builds and not repurposed existing datacentres because Microsoft had a "very definitive blueprint" about how it built to deliver the services it delivered.

The time-frames for go-live would firm up as the project progressed.

Ragg said the project had been seen as a "vote of confidence" from Microsoft in New Zealand as a safe and stable place and held up by the Prime Minister as an example of foreign investment.

He said he fully expected workloads in Australia and probably some from Singapore coming to New Zealand for those reasons as well.

Some New Zealand organisations in or going into Microsoft's Australian datacentre regions could also be repatriated when the local facilities were commissioned.

With two local datacentres, there would also be separate "availability zones" within the region, McLeod said. Australia would provide another point for site recovery outside the local geography for extra resiliency.

The focus was on working with defence and across government to help people move to the cloud, "starting now", the presenters told the virtual attendees.

Microsoft was working with government customers to help them plan and prepare their cloud shifts and had partners ready to help accelerate that, building migration and application modernisation plans and more.

IDEAS2020 was organised by the New Zealand Defence Industry Association.