Alternative method of market notification agreed with regulator the FMA 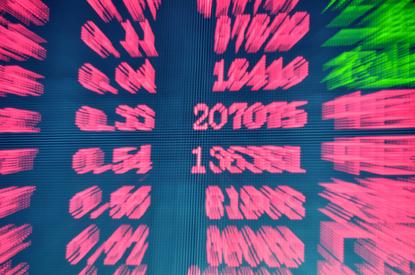 The New Zealand Stock Exchange website was up and running this morning after a series of denial of service attacks last week, but appeared to have succumbed again mid to late morning.

It appears the market operator feared an information assymetry developing between retail investors and institutions, which receive their announcement information through a separate system from from the public NZX website which was being hit by the attack.

Chief executive Mark Peterson said this morning that the NZX continued to work closely with its network service provider, Spark, and national and international cyber-security partners, including the Government Communications Security Bureau (GCSB).

It is also now working with cyber defence experts at Akamai Technologies to implement additional measures.

Akamai's website says it provides DDoS protection for some of the biggest brands in the world, many of which are targeted by DDoS attacks on a regular basis.

Kona Site Defender is delivered through an platform with more than 210,000 servers over 120 countries.

The NZX was also known to have been working with cyber security company RedShield.

"At this time it's not appropriate for RedShield to comment on the current situation, nor is it RedShield's role or place to speak on behalf of NZX on the issues they have been experiencing," the company told Reseller News last week.

NZX has also agreed contingency arrangements with the Financial Markets Authority (FMA) for the release of, and access to, market announcements that are intended to allow trading to continue in the event of the nzx.com website going offline again.

“NZX has been advised by independent cyber specialists that the attacks last week are among the largest, most well-resourced and sophisticated they have ever seen in New Zealand,” Paterson said.

The attack is understood to have been an extortion attempt.

NZX said the National Cyber Security Centre (NCSC) had compiled and sent an Advice Notice to New Zealand companies. NZX has also forwarded this advice to its listed issuers.

NZX is directly communicating with its stakeholders and market participants and will continue to keep them closely updated.