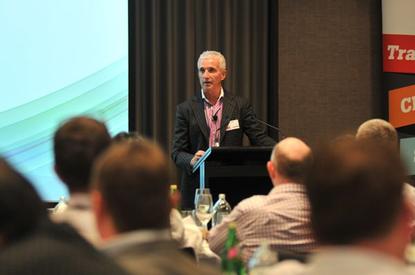 The current Police critical radio communications network is over 20 years old and approaching end of life, presenting an increased risk of service failure.

Police is the lead agency for the NGCC Programme to procure a replacement communications network for the broader emergency services group.

Police have identified this initiative as a financial risk. The Vote includes $47.8 million over four years to replace the aging communications capability.

But that is only part of planned spending totaling $85 million. $22.19 million was also committed over four years in 2019 to maintain the operation of the existing communications system, and $15 million over two years to support the procurement process for a new system.

“The ageing equipment has needed replacement for some time and this investment in core public services is vital in the interests of community safety, Nash said. "Frontline responders need modern, reliable and secure communications.

“I am pleased to welcome Rob Fyfe as NGCC board chair.  Rob has extensive business experience and has strong relationships with business, telecommunications and technology leaders.

He has led or sponsored major and complex ICT investments and programmes in many of the roles he has held.”

The four appointed Independent Members were Anthony Royal, who has has a wide range of experience in both the telecommunications and ICT sectors as technical member.

Deborah Battell, who has held a number of senior executive roles in government and industry regulatory bodies, will join as a commercial member, bringing strong knowledge of the telecommunications industry and involvement in the emergency services sector.

International member TJ Kennedy is an international public safety technologies expert.  He was president of FirstNet (the First Responder Network Authority) in the United States responsible for the implementation of a US$40 billion nationwide broadband network used by over 1.5 million first responders.

They are joined on the board by senior executive representatives from each of the emergency services agencies.