New Zealand smartphone sales down by nearly half in Q2 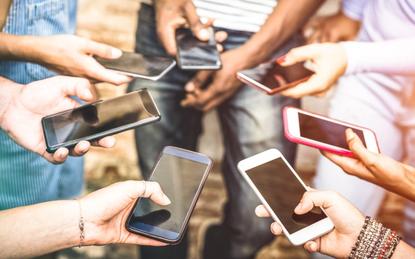 The coronavirus pandemic has taken its toll on smartphone sales in New Zealand, causing a year-on-year decline of 47.9 per cent for Q2.

The decline is more than double percentage-wise of what was seen internationally, as global smartphone sales were down 20.4 per cent, to 294.7 million units.

This global drop was due to many major markets around facing shelter-in-place restrictions in Q2. The exception to this was China, which did show sales growth quarter-on-quarter but still saw declines of 7 per cent when compared to the same quarter last year.

In New Zealand, Apple was the dominant force in the smartphone market, holding 50.7 per cent market share and moving 76,000 units.

Despite the impact of the coronavirus, this is an improvement from the same quarter last financial year, with market share nearly doubling from 26 per cent and units sold improving slightly from 75,000.

Meanwhile, Samsung’s smartphone performance in the country worsened year-over-year, with its units shipped cut in half, from 56,000 this quarter last year to 28,000 this quarter. Additionally, its market share decreased to 18.7 per cent, down from 19.4 per cent this quarter a year ago.

However, when considering global market share for the quarter, Samsung was the most sold brand with 18.6 per cent. Yet for all its global dominance, it experienced the largest sales decline of 27.1 per cent, to 54.8 million units sold.

Anshul Gupta, senior research director at Gartner, pointed out that the demand for its flagship S Series smartphones “did little” to improve its smartphone sales figures.

“Huawei put in place an aggressive product introduction and sales promotion in China in particular and benefited from the strong support of communications services providers for its 5G smartphones,” he said.

Apple rounded out the top three globally, holding on with 13 per cent market share and units sold dropping a marginal 0.4 per cent, to 38.4 million.

Annette Zimmermann, research vice president, added that not only did it outperform most of its competitors, but also grew sales quarter-on-quarter, with particular success also noted in China.

“The improved business environment in China helped Apple achieve growth in the country. In addition, the introduction of the new iPhone SE encouraged users of older phones upgrade their smartphones,” she said.