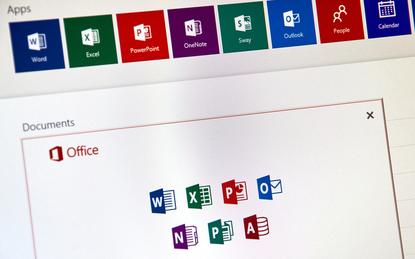 After tying Edge's new tab page to its Microsoft and Office 365 cloud-based services, Microsoft has announced it is making a similar move on the browser home page.

Calling the feature Bing enterprise homepage, Microsoft described it as a blend of "the same Bing homepage you love" and "work info you need," ranging from meeting schedules and lists of recently-accessed files to industry news and search suggestions of internal data.

Under the larger umbrella of Microsoft Search – which also powers an optional Edge new tab page with similar information – the enterprise homepage is available to users with commercial or educational Office/Microsoft 365 credentials.

After the functionality has been enabled – Microsoft began rolling this out in late July and will continue to do so through August – users with eligible log-ins will be offered the option of seeing the homepage after landing at bing.com.

Unlike the new tab page, the enterprise homepage is not limited to Edge or to Google's Chrome when equipped with a Microsoft-made add-on, but can be seen and used within other browsers. Computerworld, for example, successfully adopted the homepage in Chrome and Mozilla's Firefox as well as Edge.

By default, the layout and content of the enterprise homepage combines the consumer-ish look of Bing's landing page with information dredged from the user's Microsoft or Office 365 account. IT administrators can modify the news section to point to content specific to an industry, and in the future, to a company's own internal news. The industry news feature will be available only in the U.S.

Admins can also create bookmarks to intranet sites or third-party services using Microsoft Search's management tools. Those bookmarks will show on the enterprise homepage as well.

Just as the new tab page inclusion of Microsoft and Office 365 content was a play to push Edge usage, the enterprise homepage is a carrot dangled before IT to get admins to put Bing as the default search engine inside their perimeters. Both are, theoretically at least, powerful enticements because of Microsoft and Office 365's pervasiveness inside enterprises, and a desire to make 365-created content more visible and more accessible.

The enterprise homepage is currently available only to customers in Australia, Canada, France, Germany, India, Spain, the U.K. and the U.S.