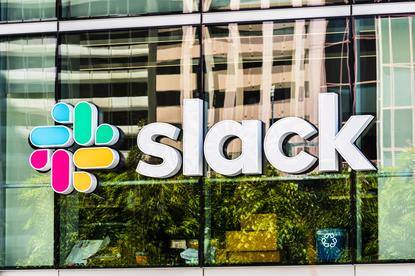 Slack has added new analytics and metrics capabilities to let businesses better track the use of the popular collaboration app across their organisation.

Among a raft of updates for larger customers announced today are message activity metrics, which provide insight into the reach of posts in public channels – the chat rooms Slack likes to bill as a replacement for internal group email.

The metrics, available to businesses on Slack Plus and Enterprise Grid plans, are accessible in public channels with more than 50 members, and provide corporate communications teams with a more detailed view into the reach of posts. This includes information on read and click-through rates; a breakdown of the devices used to view a post; data on which replies receive the most reactions; and the number of viewers by department.

A set of APIs are also available that let Enterprise Grid customers funnel Slack user data into third-party business intelligence tools such as Tableau. While Slack has had its own dashboard for some time, the APIs will make it easier for large customers to combine Slack data with other data sources, such as VPN use or HR information.

“Slack is accelerating in doing what email can't: measuring results of content and conversations,” said Wayne Kurtzman, a research director at IDC. “Their new analytics API enables message activity and engagement metrics, which unlike email, can now be measured and correlated with other outcome-based data. This also creates the groundwork for some new and innovative digital metrics in the near future, some of which can be enterprise specific.”

Slack has also made it easier to encourage users to work with integrations with Google and Outlook calendars. Admins can now automatically authenticate the calendar apps for all users, rather than requiring each employee to authenticate his or her own account.

“Normally, once apps are installed in Slack, the user has to go and authenticate against that application, but that's an extra step for every employee. We're now able to automatically authenticate employees,” said Ilan Frank, vice president of product at Slack. “That saves a ton of time and increases adoption; every additional step, every click, is something that can get in the way of mass adoption.”

The automatic authentication has been targeted for now at calendar apps as they are two of the most widely installed third-party apps in Slack; the capability is likely to be expanded further, said Frank.

Another part of Slack’s admin support strategy is the introduction of a dashboard for centralised channel management. This makes it easier to change details on channels within a deployment of Enterprise Grid, offering the ability to rename, archive and edit permissions from a single screen.

Onboarding large numbers of new users is also more straightforward. By linking with identity provider tools such as Okta, staffers can be automatically added to relevant channels in accordance with the business department they join.

“If someone joins the New York office in sales, they might be added automatically to a bunch of local New York office channels or several sales channels that would be specific to their role and their location,” said Frank.

Finally, Slack has added an online version of its Slack Certified program for admins, making it easier to gain certification during the pandemic while also widening access generally. Until now, the certification process was done in-person.

The online course is designed to meet rising demand for certification, said Frank. “We're seeing the ‘Slack administrator’ become a position that people have in companies, and one that you'll find posted in job board... We're seeing increased demand in companies looking to hire specifically in this role.

“We want to help employees that have decided to make that their career and offer them certification,” he said. “We're going to be offering scholarships so that it is free of charge: we want to make it as accessible as possible.”

“User education is key for any product, but especially to a relatively new type of product, as is the case for Slack,” said Kurtzman. “The Slack Certified program, which builds on earlier training successes, can become key to greater adoption and [a] career differentiator for admins and users. This program may need to expand quickly.”