Profit also jumps by 30 per cent 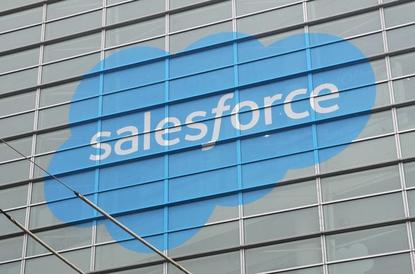 Salesforce's revenue and profits in A/NZ for 2019 have soared in a year that saw the CRM giant make some of its biggest acquisitions in its history.

This is according to the annual financial report for the year ending 31 January filed by SFDC Australia Pty Ltd, the corporate entity that handles the sales, marketing and technical support services of Salesforce products in the local market, and which includes SFDC Australia's New Zealand branch.

Meanwhile, profit after tax jumped by 30 per cent from A$12.7 million to A$16.5 million, with the Australia-registered company paying A$9 million in tax.

The figures come off the back of a mammoth year of acquisitions for Salesforce, valued at more than US$20 billion.

These included Mulesoft for US$6.5 billion, which completed in 2019, analytics platform vendor Tableau for US$15.7 billion and then US-Israeli software developer ClickSoftware for US$1.35 billion.

From a regional perspective, Australia accounted for about 90 per cent of revenue against New Zealand, with the former’s hitting A$463 million, as New Zealand posted A$56 million.

Broken down, Salesforce subscriptions and support provided the bread and butter of the company, accounting for 88 per cent -- or A$462 million -- of its total revenue.

Meanwhile, professional services accounted for about 10 per cent, standing at just under A$54 million.

A fraction of the revenue, accounting for just under 1 per cent -- or about A$4.7 million -- was taken up by training fees.

However, Salesforce’s ‘other income’ declined by 64 per cent, primarily due to the vendor not registering its “intercompany reseller fee income”, which had netted it A$207 million the year before.

Salesforce was unavailable to comment at the time of publication to explain the discrepancy.