Dicker Data breaks $1B in half year revenue record 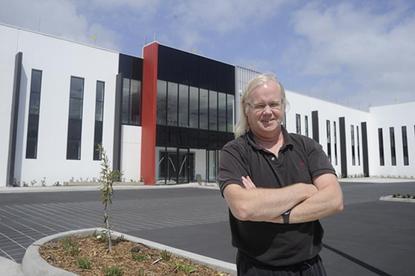 Publicly listed Australian IT distributor Dicker Data has reached a new financial milestone after generating over $1 billion in revenue for the half year ending 30 June.

Hitting exactly $1.007 billion for the six month period, the unaudited number looks set to be an 18.3 per cent increase on the result of $851 million for the corresponding period last year.

Estimated profit before tax is set to reach $40 million, a jump of 25 per cent from last year’s $32 million for the period.

The month of June also broke a new record for the distributor, seeing revenue reach $224 million.

In March, Dicker revealed it experienced a bumper quarter due to the surge in demand for remote working products and services across all sectors amid the COVID-19 pandemic.

The Australia and New Zealand distributor made $463.9 million in revenue for the first quarter ended 31 March, a 20 per cent rise year-on-year.

“With many organisations enabling their workforces to work remotely we have seen a surge in demand for remote working solutions across both our hardware and software portfolios, highlighting IT distribution’s role as an essential component for business continuity,” the company told shareholders.

Dicker did weather “some constraints” on supply during the start of the quarter, but claimed these were “managed effectively and vigilantly by the company having made some early stocking decisions in respect of hardware stock which ensured a significant amount of orders could be fulfilled.”

In May the distributor intended to raise $55 million in fresh capital to fund its 29,000 square metre new distribution centre and its partner financial services arm.

The bulk of the money -- $50 million -- will come from an underwritten institutional placement, while a non-underwritten share purchase plan aims to bring an additional $5 million.

Of the funding, $30 million will be funnelled into the Kurnell-based distribution centre, which is due to be completed by the end of the year.

Shares were trading $7.64 at the time of publication.