How Inland Revenue navigated business transformation during a pandemic 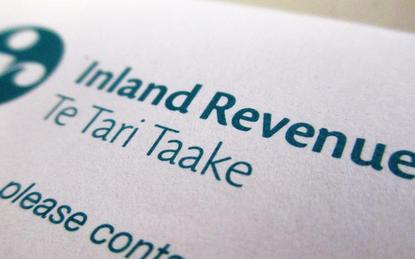 The Inland Revenue Department, and its transformation programme team in particular, was well prepared for a quick shift to remote working as the threat of COVID-19 became clear.

Lessons learned and steps taken in response to the Kaikoura earthquake in late 2016 had made sure of that.

But not only was the tax office prepared for remote work, it was also able to achieve cut-over for release four of its $1.8 billion transformation programme remotely.

"The hard work and disciplines were already in place before COVID-19 required us to quickly pivot to a remote cut-over," a transformation update report to the ministers of finance and of revenue explained.

"We were able to do something as significant as a remote release because of the groundwork put in over the previous two to three years."

After the Kaikoura earthquake it quickly became clear that Inland Revenue was "grossly under-prepared" for an event that meant it did not have physical access to its buildings, the report from late May said.

"In late 2016, very few of our people had laptops and we did not have the network or security infrastructure to enable the few who did to work remotely effectively.

"Only a very small number could access our systems at any one time. The first release in our transformation, stage one, was imminent and was due to go live in February 2017."

GST went live as planned because the lack of physical access to buildings was not long enough to put it at risk.

That experience was enough, however, for IR to realise it could not afford to let this to happen again. Work was accelerated to ensure as many staff as possible could work remotely easily and effectively if the need arose.

Since 2017, IR has progressively replaced its workplace technology and most staff now have mobile devices, either laptops or tablets, and changes have been made to the department's identity and access management systems and network.

The tax department has also upgraded to Office 365.

"Together, these capabilities have enabled around 5000 IR staff to work from home during the pandemic and to remain connected through the use of applications such as Microsoft Teams," the report said.

"It is important to note however that there are limits to what can be achieved. We estimate that the productivity of our customer-facing people had reduced by up to 25 per cent as some do not have the technology to enable them to work remotely ... some have sub-optimal home set ups, and some have reduced availability due to childcare needs."

That situation improved as the lockdown eased to alert level two and productivity was expected to be significantly restored.

For some roles, for example some contact centre roles, remote work is still not possible because some of the software used cannot be accessed remotely. The department is now looking at solutions to enable this as well.

All the foundational technology put in place in recent years meant everyone involved in the release four cut-over was ready and able to work from home.

In addition, very good release management and change management processes developed through successive releases stood the department in good stead when we it was forced to move to a remote cut-over at short notice.

"Before lockdown on 23 March 2020, everyone involved in cut-over was very clear what was required of them during the cut-over process, having practiced the execution of every required task multiple times.

"Each member of the approximately 200-strong cut-over team had a clear and unambiguous role they had practiced through at least three mock go-lives (a dress rehearsal for go-live)."

Some data conversion processes had been practiced up to six times.

"Everyone knew exactly what they had to do, in what order, and when. What had changed was that they would complete their tasks in a slightly different way.

"With some minor exceptions, a well-executed plan would now be taking place in different locations than planned."

"Our cut-over processes are so well documented, so well understood, and so well practiced down to an individual task level that they made a relatively seamless remote cut-over process possible," the report said.

Not everything worked perfectly though. The biggest area of risk was co-ordinating tasks between different areas to ensure hand-offs happened as they should.

For example, data conversion took varying lengths of time and people from the wider business, not programme people, had to verify data was correct once it has been loaded into the new START system.

"Previously, we would ask people to be in the office two hours prior to the expected finish time for loading data into START. With everyone working from home, it was more difficult to mobilise people if data conversion ran more quickly or more slowly than expected."

In the end, completing cut-over took a few hours longer than planned and ran smoothly with 60 per cent fewer issues compared to release three.

With the transformation finish line now well in site, Inland Revenue has merged the last two releases, once called release four and release five, into one that will be progressively rolled out as release four.

"We continue to operate under considerable pressure and continue to balance work across the priorities of supporting customers, supporting the government’s response to COVID-19, supporting release four, and other priority work such as this year’s automatic income tax assessments process" IR reported.

The department was also starting to see the impacts of COVID -19 on customers, with more requests to set up or adjust instalment arrangements and more requests for hardship write-offs.

Project risks remain, IR reported.  The top ones being support for heritage systems ending in 2021,

and reliance on SAP (IRD is shifting to Oracle's CloudSuite for enterprise support services), satellite functions of the legacy FIRST tax system and KiwiSaver B2B after 2021 preventing full decommissioning of the department's heritage datacentres.

"We have strong mitigation plans in place for these risks," the report said.

Spark-owned Revera was selected as the preferred supplier for cloud-delivered datacentre services for the new START tax system in February 2016 in a contract valued at $45 million to $60 million over ten years.