EROAD keeps on trucking, drives out of the red on earning surge

As most customers are essential services, the impact of COVID-19 is expected to be muted 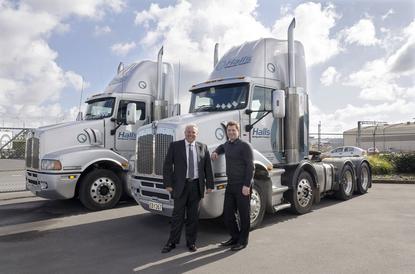 Revenue at NZX-listed transport technology company EROAD lifted 32 per cent in the year ended 31 March to $81.2 million with strong contributions from the New Zealand and North American markets.

EBITDA margin also increased, from 25 per cent to 33 per cent while the company's bottom line moved from a $5.1 million loss to a profit of $1.4 million.

"The quality of our products, the continued investment in research development and the quality of our customer service is reflected in strong growth in contracted units of 21 per cent, loyal customers with a 95 per cent asset retention rate and a rise in average SaaS monthly revenue per unit of 6 per cent."

While uncertainty was resulting in longer sales lead-times EROAD remained confident in continued unit growth across all three markets, albeit it is likely to be lower than delivered in 2020 and previously anticipated.

EROAD said it continued to monitor economic conditions and their impact on debtor collectability and asset retention rates.

The New Zealand and North American businesses starred in 2020, with the local market delivering a 21 per cent increase in revenue to $53.4 million from $44.2 million and an EBITDA lift of by 25 per cent to $34.9 million.

Enterprise sales growth drove increased revenue of 62 per cent in North America, to $24.8 million from $15.3 million and an EBITDA increase to $7.5 million from $0.4 million.

The North American business added 9342 contracted units, to deliver a growth rate of 38 per cent, after the company secured two new enterprise customers in the first half of the year.

Work was underway to improve the small-to-medium businesses run-rate, EROAD said, with a number of planned product and service launches expected to help build the growth momentum in this segment over the next year.

EROAD invested $15.6 million or 19 per cent of revenue in research and development.

As a result, it launched seven new SaaS products and enhancements including an asset tracking system, EROAD Where.

The company also invested $6.9 million to implement new business systems that have enabled it to scale up and operate efficiently.

EROAD is considering seeking an ASX foreign exempt listing in addition to its NZX listing, to facilitate greater access to capital, and provide alignment with the company’s business operations and investor base.