​Over 35 years, Advantage perfects the art of the pivot

Palmerston North-based Advantage has changed its model at least four times since it was founded. 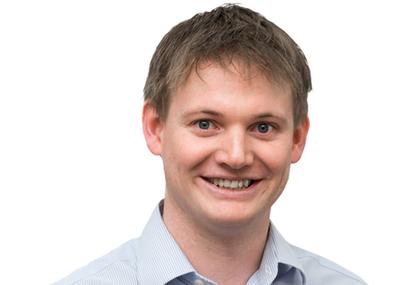 The COVID-19 pandemic has suddenly elevated the concept of the business "pivot” into popular language, but one local ICT supplier has been pivoting for nearly four decades.

Founded in the mid-1980s, Palmerston North based Advantage is putting the seal of success on its latest business shift, a drive into the managed security service provider space.

That move, which began in 2016, was the latest in a series of pivots that have contributed to the business’ longevity and success.

During the PC boom of the mid 80s and 1990, Advantage Computers launched into manufacturing and supplying systems to commercial, government and education clients before expanding into servers, managing director Brad Pearpont told Reseller News.

While the arrival of the global multinational manufacturers in New Zealand shot that business to hell Advantage spied another opportunity.

The emerging buzz was all about virtualisation and consolidation and Advantage became a partner of EMC and VMware, taking their technologies into local and central government as well as enterprises as a value added reseller.

As the decade wore on, a new concept began to take shape – cloud computing. In New Zealand it emerged out of shared services as there were no major cloud vendors in the region at the time.

Advantage pivoted again, building its own datacentre in Palmerston North in 2008 to provide infrastructure as a service or shared services to the same industries and customers it was supplying with virtualisation platforms.

That investment proved prescient, as a series of natural disasters were about to ignite demand for disaster recovery facilities and services.

Pearpont described Palmerston North is “geographically boring”, so it was by nature a good place to home a disaster recovery platform.

After building that out extensively, Advantage also leased space and expanded into Wellington and Auckland around 2010.

Around the same time, the efficiencies of shared infrastructure delivered a side-effect in the form of excess datacentre capacity. Advantage saw an opportunity in that to build out a managed services provider business.

Clients in the legal and financial verticals came with quite heavy security and compliance expectations, so in 2012, Advantage had to go through a formal security maturity process for its datacentre to meet those  requirements.

“It took a couple of year but by end of 2014 had a solid security play around our hosting platforms,” Pearpont said.

With this new skillset, Advantage began to realise many organisations were struggling to deal with security and compliance themselves, leading to the latest in the long line of pivots – to managed security service provider.

“We took the learnings, experience, tools and processes from our datacentre experience and turned that into an outward facing service.”

The MSSP business was officially launched in 2016 and has been growing ever since. Over the last 18 months it had “really taken off”.

Advantage in 2020, then, is still a datacentre operator and disaster recovery service provider. It still delivers IaaS and is also, due to the need for boots on the ground to service clients, a regional MSP for the Manawatu and Central North Island.

Layered on top of that, the new MSSP business is now serving clients nationwide and is “far and away” Advantage’s fastest growing business, Pearpont said.

The common thread in all these shifts was that they were built on strengths developed within the existing business lines that helped the business to expand into new areas.

Because Advantage owns its own stack down to datacentre, Pearpont said, it can control costs all the way through and get into new areas, in a sense, “risk free”.

The datacentre build, for instance, enabled the delivery of IaaS or “private cloud” for businesses that required low latency or needed to keep data in-country. It also works and was economical – for clients that didn’t need other cloud benefits such as auto scaling.

However, growth now was all about services, “high value stuff“, rather than legacy infrastructure.

After being either the first or the second of Dell’s channel partners in New Zealand, the relationship with Dell EMC remains a cornerstone part of the business.

“That has been our core play all the way through with EMC integration and VMware across the top in most cases,” Pearpont said. “Veeam is a key part for disaster recovery.”

MSP services such as patch management, help desk, new deployments of hardware, asset management and planning, often with staff on site, are also wrapped around that.

While many MSPs have faced severe disruption from the COVID-19 pandemic, Pearpont said that really depended on the verticals the MSP was supporting.

“I’m aware of a couple of MSPs that are quite heavily into hospitality and their clients are disappearing,” he said. “We are a little more isolated from that because we focus more on medical, financial, manufacturing but we do have some exposure.”

“It’s not that people don’t want to do it, but security is one of those things people can defer for a few months and take the risk,” he said.

“It’s dangerous in today’s climate because we are definitely seeing a huge uptick in COVID-related phishing scams and attacks some of which have been quite successful.”

One key vendor partnership for the service is with BlackBerry Spark for endpoint protection and device management.

“Endpoints are where everything is done,” Pearpont said. “The more we move to cloud, the more the endpoint becomes critical.”

Other partners in the security space include Cofense, Radware and Forcepoint

One of the biggest challenges to the new business line is recruiting talent.

Now with 26 staff in total, Advantage had brought on three new security hires this year and was still looking for one more.

“We have a couple of things going for us in Palmerston Nth,” Pearpont said. “There are very few opportunities to do the type of work we are doing outside the big cities.

“So the people that we are getting are coming here to work here and aren’t likely to be poached away.”

With people generally trying to get out of the big cities at the moment, most of the recent hires came from Auckland and Wellington.

“But in general the experienced people are hard to find. We have some new grads and others that have been in IT for a couple of years, so have a training process in place.”

Advantage has staff in Auckland as well now and that team is growing as new clients are recruited, often through word-of-mouth.

Almost all of the Auckland clients are also security related because, Pearpont said, what the company was doing was “fairly unique”.

“There is not many MSSPs in New Zealand so far outside of the tier one vendors,” he said. “We seem to be filling that void pretty nicely.”