The two companies are striking a closer "multi-year" partnership amid their competition with Microsoft. 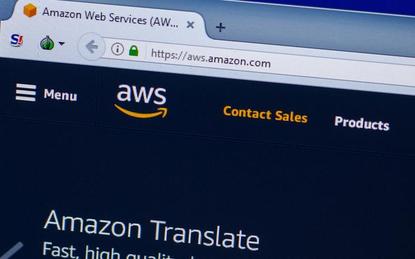 AWS is already Slack’s “preferred” cloud infrastructure provider, and the two companies have a common rival in Microsoft, competing with its Azure and Teams products, respectively.

An announcement on Thursday, alongside Slack’s first quarter financial results, explained that Slack will use Amazon’s Chime software development kit as the basis for Slack Calls, which includes audio, video and screen sharing features. Chime was launched by AWS in 2017, but hasn’t grabbed attention in the same way as communication tools such as Zoom and Microsoft Teams in subsequent years.

By migrating Calls to AWS, Slack will remove the need to run its own unified communications infrastructure.

“In the near term, there won’t be any visual changes to the end-user experience,” Slack said in a blog post. “Long term, the move will allow us to add new features, such as mobile video, so users can continue to rely on Slack for secure enterprise communication.”

The deal has clear advantages for both vendors, said Raul Castanon, senior analyst at 451 Research / S&P Global Market Intelligence. “For AWS, the partnership validates its platform-based approach; for Slack, it expands even more its capabilities for scaling and equally important, to provide enterprise-grade security features,” he said.

While Slack has existing video comms capabilities, such as screen-sharing technology from its acquisition of Screenhero, these are pretty basic, said Angela Ashenden, a principal analyst at CCS Insight. So building on Chime’s SDK provides a low-risk method of improving its offering to SMBs.

“It also helps reinforce their relationship with AWS, which is important given their positioning versus Microsoft,” she said.

A closer partnership with Slack also has benefits for AWS as it struggles to push Chime to a wider audience amid a competitive unified communications landscape.

“Positioning it as more of a backend solution for developers to embed in their apps is something that suits AWS down to the ground but is also something the competition [is] not doing in this area,” said Ashenden. “Plus, it’s really well-suited to their consumption pricing model where you only pay for what you use.”

There are other products in the works between the two vendors, too. This includes the AWS Chat Bot that lets developer and operations teams monitor cloud resources, with plans to incorporate AWS’s full range of 175 services in future. There’s also an integration with Amazon AppFlow, which lets users move data between AWS and Slack services quickly.

In addition, Amazon has pledged to deploy Slack “organization-wide” as part of the partnership deal.