Interim solution expected to be in place this month 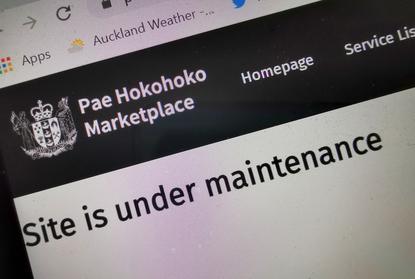 The Department of Internal Affairs is working with the provider of its ICT Marketplace catalogue to deliver a security fix and bring the catalogue back online.

The catalogue function of the marketplace was taken down at the end of April after an authorised user inadvertently accessed a subset of information belonging to other suppliers.

"We have been focusing our efforts on establishing an interim solution for the supplier catalogues, and expect to have that available in June," a DIA spokesperson told Reseller News.

The supplier of the marketplace catalogue software, called Distribooted, appears to be Serbia-based Bal Lab.

"Unfortunately we are not at liberty to comment on the matter, all outward communication is managed by the DIA," Bal Lab founder Bal Balaji said via email. "Wish we could have helped you further."

Distribooted styled itself as "the app store for the cloud", offering one-click deployment of apps, however, its own website, distribooted.com, appears to now be offline.

A review of data logs confirmed only one incident had occurred.

The supplier that inadvertently accessed the information notified officials and provided assurances that the information had not been used and had been deleted from its systems.

The supplier application component of marketplace was still active and DIA continued to accept and process applications.