Company forecasts a better second half, despite COVID-19 impacts 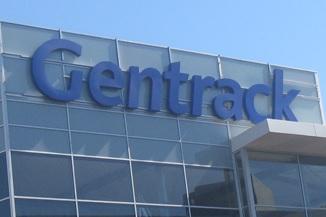 New Zealand utilities and airports software vendor Gentrack Group has reported revenues of $50.6 million for the half year to 31 March, down 7 per cent  on the same half of 2019.

EBITDA of $4.3 million was down 78 per cent and the company recorded a loss of $12.8 million after impairments.

Underlying earnings, without those impairments, delivered a loss of $1 million.

The decline in revenue reflected the loss of a number of UK customers due to supplier failure or acquisition, and a drop in non-recurring revenue in the UK and Australia, Gentrack said.

The Auckland-based company is, like many others, negotiating a shift to s SaaS revenue model.

Profitability was eroded by an increase in costs of $6.2 million over the prior year, principally people costs in the UK.

This was addressed with a headcount reduction in February/March, which would benefit the second half.

Gentrack booked an impairment $10.7 million of goodwill and intangible assets in passenger tracking unit Blip, which it acquired in April 2017 and $1.5 million on previously capitalised utility software following the rationalisation of its product range in the UK.

Blip has been significantly impacted by the COVID-19 global airport shut down, with the timing of a recovery remaining uncertain.

The unit has now been fully integrated into the Veovo business and Gentrack said it continued to see significant opportunities in passenger tracking and prediction at airports and railway stations.

Notwithstanding the loss, the group achieved $8.6 million operating cashflow for the period, finishing with $6.4 million net cash, up $1.8 million.

Both utilities and airports revenues were down on the prior year, however new energy and water billing and assurance projects commenced in the UK, and Veovo started projects at Luton Airport and Swedavia, Sweden’s Aviation Authority.

The COVID-19 pandemic had no material impact on the group’s operations for the first half. However, the economic downturn has now had an impact on its airport and utility customers, and the company is seeing some projects delayed and postponed in the second half.

Notwithstanding, Gentrack said it expected to deliver a second half EBITDA result ahead of the first half, and to remain cash flow positive.