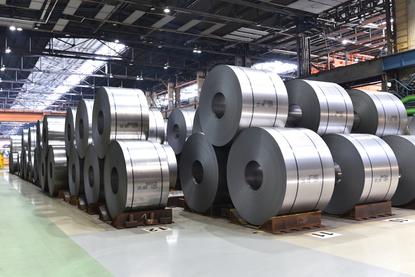 BlueScope Steel has confirmed that a cyber "incident" at one of its US businesses disrupted some of its operations, but it did not elaborate on the cause.

"We are taking this event extremely seriously," CFO Tania Archibald said in a statement. She said BlueScope was working with external providers to "protect and restore" its systems.

The Melbourne-based steelmaker said manufacturing and sales operations in Australia were impacted and some of its processes had to be paused. It said there were also minor disruptions in Asia, New Zealand and at its US-based North Star plant.

It was not immediately clear whether the incident was some kind of cyber attack or due to an internal systems failure.

BlueScope said it could not say more about the situation right now and that it was still referring to the event as an "incident".

The company said it reverted to manual operations in areas that were impacted, including steel shipments.

"Our focus remains on being able to service our customers and to maintain safe and reliable operations," Archibald said.

BlueScope's shares were up 1.8 per cent in the first hour of trade, slightly outpacing the broader market, which rose 1 per cent.