IoT down on the farm: Drones and sensors for better yields

Farmers have come to rely on IoT to help them save water, choose the right amount of fertiliser, and find out how plants in distant fields are doing 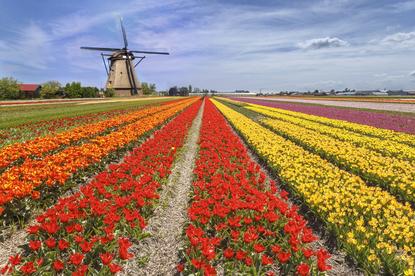 It’s becoming increasingly difficult to find parts of the economy that haven’t been affected by the burgeoning Internet of Things (IoT) as instrumentation and networking technology combine to offer unprecedented new levels of visibility into the operation of everything from jet engines to breweries.

Even a business sector as traditional as agriculture is starting to change in response to the availability of connected sensors and machinery. We spoke to three working agricultural professionals to see how the technology of the IoT is changing the way they work.

For Caleb Hinkle, a graduate student studying crop and soil science at Virginia Tech, agricultural IoT has meant simplification and new capabilities. His work centers on comparative crop research, and one of his main IoT tools to make those comparisons is drone photography.

Photographs can be analysed to determine plant counts and surface area in large numbers of small plots, to compare which agronomic practices produce the best results.

The camera drones, part of a system centred on PrecisionHawk’s smart agricultural software, connect to GPS satellites for precise positioning data, and send information back to the PrecisionHawk app via Wi-Fi. Hinkle can simply designate particular plots on a test farm, program a flight plan for the drones, and receive an accurate map of the area far more quickly than he was previously able to.

“So before, we would take 500 images in less than 10 minutes. Then you have 500 images that are all geolocated in space that need to be stitched together with no errors and no issues,” he said. That processing used to take over an hour, which the new systems have cut down to as little as 20 minutes.

The data are also easier to subdivide and analyse with PrecisionHawk’s system, said Hinkle. And with sophisticated cameras that can see in more wavelengths than the human eye – particularly in the near-infrared spectrum – there’s additional insight to be gleaned. “Using their indexes we can categorise fields; this test is going better, this test is going worse,” he said.

The analysis of the data is undoubtedly complicated, but the result is a relatively straightforward way to get an in-depth understanding of the health of test crops.

A successful drone flight, in addition to simply being able to count plants, can automatically class them by size and even make a preliminary assessment of their vitality based on whether they’re a healthy colour or not.

For Roric Paulman, a farmer in arid southwestern Nebraska, agricultural IoT helps him tackle a crucially important concern – water. His is a custom farm of about 8,500 acres, which grows popcorn, potatoes and sugar beets, among other crops.

Four-fifths of Paulman’s land is irrigated by groundwater drawn from the Oglala aquifer. Given the climate – Nebraska is the most irrigated state in the nation – the state levies taxes on groundwater usage, making it a major contributor to Paulman’s costs. “Conservation and stewardship go hand and hand with technology,” he said.

What Paulman describes as a “host” of embedded sensors measure specific qualities of the soil, mapping variations in temperature, moisture and a lot more in real-time. Similar instrumentation on planters and other working vehicles provides even more granular data.

This data allows for much more informed decision-making about where best to deploy the limited supply of groundwater available, and consequently minimise the costs incurred by using it. It’s no longer about simply maximising yield-per-drop-of-water, according to Paulman.

“It’s the utilisation of that drop and maybe even using less crop to provide a better ROI,” he said.

Paulman uses a number of different agricultural IoT systems in his day-to-day operation. The fact that farms are generally run by a comparatively small number of people – which means that each worker has to wear a large number of hats – makes ease of use the critical consideration for choosing which apps or products to integrate.

“Myself and my son make 95 per cent of the decisions on an operation this large. You don’t have time to go to your desktop or get on a chat,” he said. “We don’t look at technology unless it comes right to your cellphone.”

Richard Flatman is the group viticulturalist for the Tahbilk Winery, a winemaker that runs four separate vineyards in southeastern Australia. Soil quality and monitoring, as you might expect, is a major concern of his, so he was eager to implement an agricultural IoT system for that purpose when they became available.

“I am based at one of the vineyards away from the main winery site so I make a lot of the vineyard decisions based on what I can see on a screen,” he said. Each area of the vineyards gets treated differently, for example, the amount of water it gets, how much fertiliser is added to the water and the degree that it needs hands-on management.

Every 15 minutes, the sensors send data via 6-LoWPAN to a local gateway, which reports collected results back to The Yield’s cloud.

As with Roric Paulman’s Nebraska farm, the major advantage has been savings on irrigation, even in the face of the particularly hot and dry seasons that the winery has experienced since installing the system.

From September through December of last year, according to Flatman, the vineyards got just 20 per cent of the average rainfall for that period, yet the company was able to cut back on irrigation water. Extrapolated over the course of a full growing season, that works out to a savings of more than $81,000.

“This is huge in not just monetary terms,” he said. “Tahbilk is a very environmentally friendly company and the company is always willing to invest money for environmental benefit.”