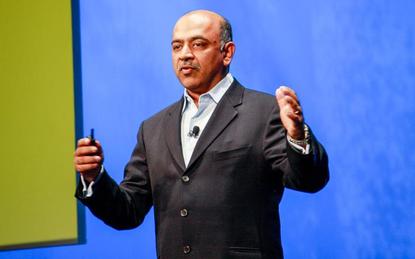 Newly appointed IBM CEO Arvind Krishna helmed his first IBM Think conference this week—via streaming video, thanks to the global pandemic. In his keynote, he took the opportunity to reassert his belief that “hybrid cloud and AI are the two dominant forces driving digital transformation today.”

Unsurpisingly, many of the subsequent announcements at the conference hinged on hybrid cloud, enabled in large part by IBM’s $34 billion acquisition of Red Hat in 2018.

[ Can the cloud save you money? These companies say yes ]

Take the technical preview of IBM Cloud Satellite. This product “extends cloud services to anywhere a client needs them, as-a-service, on-premises or at the edge,” Krishna said in his keynote address. In other words, Cloud Satellite—which is based on Kubernetes—enables IBM customers to run and manage cloud workloads from a single pane of glass on IBM’s public cloud, in their own data centers, or in edge computing locations.

As IBM president and former Red Hat CEO Jim Whitehurst put it in his keynote, “You need a common architecture that runs on all environments, not just a management plane that allows you to observe the chaos, but one which allows you to run anywhere.”

Red Hat itself only recently announced the technical preview of OpenShift virtualization, allowing customers to ease the migration of VM-based workloads to Kubernetes by running them alongside containers to be managed as native Kubernetes objects in OpenShift.

This is reminiscent of the approach being taken by Google Cloud with its Anthos platform, which similarly uses a foundation of Kubernetes and containers to allow for greater workload portability under a single control plane, with identity, access management, and observability built-in.

IBM shook up its leadership earlier this year following the retirement of CEO Virginia Rometty by naming Krishna—former senior vice president of cloud and cognitive software—as CEO, and Whitehurst as IBM president. Twelve-year Red Hat veteran Paul Cormier took over as CEO of Red Hat as part of the realignment.

Krishna initially laid out his vision in a LinkedIn post on his first day on the job last month. “There’s a unique window of opportunity for IBM and Red Hat to establish Linux, containers, and Kubernetes as the new standard. We can make Red Hat OpenShift the default choice for hybrid cloud in the same way that Red Hat Enterprise Linux is the default choice for the operating system,” he wrote.

Building on this during his Think keynote, Krishna borrowed VMware CEO Pat Gelsinger’s turn of phrase, when he talked about “the four imperatives driving hybrid adoption”—namely history, choice, physics, and law.

History refers to the legacy systems most enterprises come saddled with, and which creates the need for a hybrid multicloud strategy. Choice refers to the desire of organizations to avoid getting locked into “one company’s innovation,” as Krishna put it, and have the flexibility to move workloads from provider to provider as they see fit.

Physics refers to the physical limitations of present-day systems when it comes to organizations with unique latency needs. This creates a need for hybrid deployments for use cases such as autonomous vehicles or assembly robots on a factory floor.

Lastly, there is law—that is, regulatory and compliance needs—which require businesses to keep certain applications and data on premises.

The other major announcements made on day one included Watson AIOps and a new set of edge and 5G options.

In Watson AIOps the vendor is going after the holy grail for many IT leaders: to automate away basic IT tasks and address issues before they occur.

By bringing together metrics and alerts with unstructured data like logs and tickets, Watson’s machine learning algorithms and natural language understanding can “create a synthesized holistic problem report to identify and address the situation,” vice president for Watson AIOps development, Jessica Rockwood, explained in a blog post.

The telco-targeted announcements hinged on the IBM Telco Network Cloud Manager, a loosely defined bundle of technology paired with a new IBM Services arm and partner network to form part of a concerted effort to help telecommunications companies roll out new 5G and edge-enabled products.

IBM also announced an Edge Application Manager, which promises AI-enabled insights and remote management for up to 10,000 edge nodes by a single administrator.

“IBM’s new version of Edge Application Manager and introduction of Telco Cloud Manager is part of IBM’s hybrid cloud strategy which is now extending through telcos to the edge,” McQuire said.

“The move follows some important moves made by AWS, Microsoft, and Google Cloud into the telco space over the past 12 months,” McQuire added. “What we are seeing now is the convergence of the cloud, the network edge, and 5G all happening in real time and the big tech firms are now jockeying for position in this next big shift in the cloud market.”