Major cloud providers are having trouble getting basic components for new data centres so they've put off some construction plans, but they have enough surplus capacity already to ride out the problem 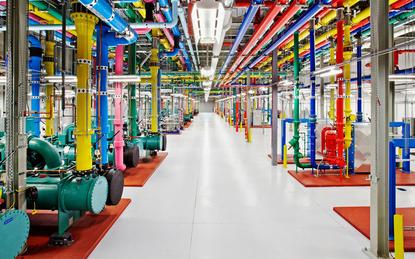 While data centre staff have been classified as essential, like medical staff and grocery store staff, construction is taking a bit of a hit.

In recent weeks, Facebook, Google, and Apple have announced a slowing of construction of major new data centres in the U.S. and Europe.

The problem, as it turns out, is not because construction is being ordered halted, or even due to a lack of IT equipment, but because other components of the supply chain like fibre optics, batteries, and racks are scarce, according to Rick Villars, vice president of data centre and cloud research at IDC.

“We’ve been talking to people who haven’t made public statements yet, but the supply chain is the problem,” he says. “They are not stopping because they want to, but they don’t have materials to finish. That’s important but not the same as shutting down or not finishing buildings under way.”

He adds people are more unwilling to break new ground but even that is not cause for alarm because there's an over-abundance of capacity, so issues won’t show up until 2021 or 2022.

“There has been more data centre space built for cloud and colocation operators in the last three years than in all history,” says Villars. “They built enough capacity and 2020 wasn’t going to be a big year for construction anyway. There is space available and no shortage of bandwidth and capacity. Now if nothing is built in the next two years, then yes, that might be a problem.”

Villars said that in addition to all the new capacity, the new hardware is so much better than older gear that data centre operators are getting much more out of each square foot.

“In a new data centre, they can get three to four times as much assets in the same space compared to even a five-year-old enterprise data centre. The new capacity is more efficient so there is more cushion,” he says.

The bottom line is right now there is a good amount of capacity and if it is managed effectively, operators can accommodate changes in loads right now and going forward.

Japan is the exception

Japan has a healthy IT industry and the third-largest economy behind the U.S. and China, but it has yet to produce its own cloud provider on par with AWS or Alibaba. So American companies are looking at the country as a greenfield opportunity.

And its chief rival, Digital Realty Trust, has been working with Mitsubishi to finance and construct new data centres in Tokyo and Osaka as well.

So life goes on, such as it is in these strange times.