Under the terms of the new agreement, ACA Pacific will distribute the digital imaging solutions vendor’s range of document scanners and imaging software nationwide 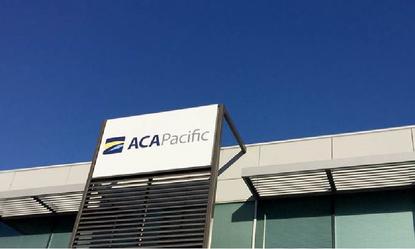 ACA Pacific has been named as Kodak Alaris’s sole distributor in New Zealand, expanding upon an existing partnership between the companies in Australia, struck prior to the distributor’s expansion into the local NZ market.

Under the terms of the new agreement, ACA Pacific will distribute the digital imaging solutions vendor’s range of document scanners and imaging software nationwide, with the expansion expected to extend both companies’ reach in the local market.

For Angelo Krstevski, general manager in Australia and New Zealand for Kodak Alaris, the decision to extend its partnership with ACA Pacific into New Zealand was an easy choice.

“Our long-standing relationship in Australia has shown that they don't just distribute products,” Krstevski said. “A team of highly trained experts provide a range of customer-centric support services, superior account management, dedicated partner resources and professional services, all of which create and add value to our resellers and our customers’ businesses.

“This strengthened alliance will enable us to better serve our partners and increase our market share in New Zealand,” he added.

The move follows the appointment earlier this year of Computergate as Kodak Alaris’s authorised service partner in New Zealand. That partnership, which sees Computergate deliver its expert repair and maintenance services to the Kodak Alaris customer base in New Zealand, will play a key role in the company’s strategy to strengthen its service and maintenance offerings in the country.

Computergate will fully support ACA Pacific in its new role as sole distributor.

The Australia-headquartered ACA Pacific expanded into New Zealand through the launch of the Auckland office, its first office outside Australia, in August last year.

"This move into New Zealand is a natural progression for us and our long-standing vendor partners. Our executive team [is] moving quickly to roll out our proven business model of upskilling resellers and providing collaborative sales and marketing services to support the growth of our NZ reseller partners," said HB Tan, founder and director of ACA Pacific, at the time.