Joins the likes of KPMG, Deloitte and PwC in reducing expenditure through pay cuts 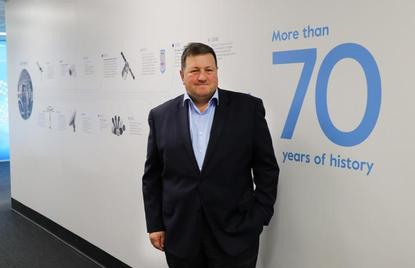 Local distributor Hills has joined a growing legion of companies asking staff to take pay cuts during the ongoing coronavirus pandemic, with the company’s ranks agreeing to cuts between 10 and 35 per cent.

The company told shareholders on 28 April that it asked every employee to accept a company-wide reduction in salaries earlier that month.

The proposal was agreed to by all staff across Australia and New Zealand, and became effective from 1 April, with the reduced salaries expected to continue until the outlook becomes clearer. The company’s board has also agreed to a 50 per cent reduction in non-executive directors’ fees.

“Like many other Australian businesses, Hills has been forced to take exceptional measures to help manage cash flow through the pandemic and meet our goal of preserving as many jobs as possible,” the company said in a statement. “We had two options – stand down some employees or ask all employees to accept a pay cut.”

Hills is by no means alone in asking its employees to take a pay cut, with a number of companies asking the same of their staff and management. Earlier in the month, the country’s largest consulting firms, including Deloitte, Ernst & Young, KPMG and Pricewaterhouse Coopers, among others, reportedly cut partner and staff pay.

The salary reductions are just one component of a range of initiatives taken by Hills to help mitigate an overall decline in revenues, preserve cash and improve efficiency through the period impacted by COVID-19.

However, it should be noted that some parts of Hills’ business are experiencing a continuation of solid sales amid the pandemic, such as those serving customers in essential services sectors including the National Broadband Network (NBN).

At the same time, however, other parts of the company’s operations are experiencing a fall in volumes due to the changing market condition resulting in delays in some project work within its distribution business and restricted access to some health facilities as a result of government-mandated social and economic restrictions.

“We continue to work proactively with our vendors to address any challenges within their supply chain,” the company said.

In March, Hills announced expenditure cuts and a re-focus on cash flow as the COVID-19 coronavirus pandemic began to its health business.

Despite earlier reassurance to shareholders, the health and tech distributor decided to withdraw its earnings guidance due to unpredictable nature of the COVID-19 spread in Australia and globally.