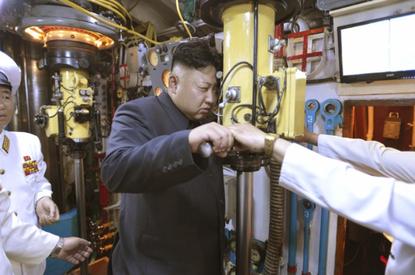 US Government officials have warned about the threat of North Korean hackers, calling particular attention to banking and other financial services.

The reason for the advisory, which was jointly issued by the US Departments of State, Treasury and Homeland Security, and the Federal Bureau of Investigation, was unclear. North Korean hackers have long been accused of targeting financial institutions, and the content of the warning appeared to draw on material already in the public domain.

The State Department said in an email that the advisory "collates government resources in one place" and provided recommended steps "to counter the North Korean cyber threat."

The North Korean mission to the United Nations in New York did not immediately respond to a request for comment.

North Korea is alleged to be behind an ambitious, years-long campaign of digital theft, including siphoning tens of millions of dollars in cash from ATMs, carrying out gigantic thefts at major banks, extorting computer users worldwide, and hijacking digital currency exchanges. The global money-grab has been a topic of increasing international concern.

Last year, for example, a U.N. report said North Korea had generated an estimated US$2 billion for its weapons of mass destruction programs using "widespread and increasingly sophisticated" hacking efforts.

In Wednesday's advisory, US officials said North Korea's online activities "threaten the United States and countries around the world and, in particular, pose a significant threat to the integrity and stability of the international financial system."