Updates, normally released during the third and fourth week of each month, will stop in May 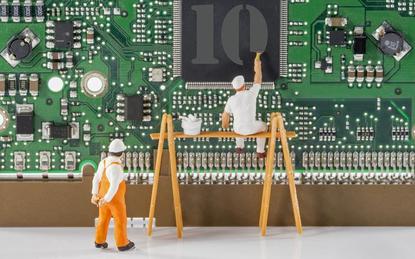 Beginning in May, Microsoft plans to halt the delivery of all non-security updates to Windows, another step in its suspension of non-essential revisions to the OS and other important products.

The optional updates, which Microsoft designates as Windows' C and D updates, are released during the third and fourth week of each month, respectively.

"We have been evaluating the public health situation, and we understand this is impacting our customers," Microsoft said to some understatement in a March 24 post to the Windows 10 messaging centre. "In response to these challenges we are prioritising our focus on security updates."

Security updates, labeled as B updates, are better known as those released on Patch Tuesday - Microsoft prefers Update Tuesday - or the second Tuesday of each month. The stoppage of C and D updates will not affect the company's patching efforts.

"There is no change to the monthly security updates; these will continue as planned to ensure business continuity and to keep our customers protected and productive," the message read.

The C and D updates are used to test non-security fixes which are to be officially released the following month as part of the all-encompassing Patch Tuesday cumulative update. According to Microsoft, the C and D updates should not be distributed to all Windows client systems.

Instead, the D update, which Microsoft ships two weeks after one Patch Tuesday and two weeks before the next, should be used to "...test the updates included in the release and provide feedback, reducing the amount of testing necessary following Update Tuesday and, thereby, improving our ability to solve issues before they even happen."

Because they're optional, some customers simply skip them. The most recent D update was released Tuesday for Windows 10 1903 and Windows 10 1909.

Windows 10's C updates are relatively rare. In the five months since Microsoft released Windows 10 1909, for example, the version has been served three D updates but zero C updates.

Wednesday's May shuttering of C and D updates is the latest move by Microsoft to limit update efforts to security fixes or reduce IT overhead while the COVID-19 pandemic upends business, businesses in general and business processes.

So far this month, Microsoft has extended support for Windows 10 1709 an additional six months for customers running Windows 10 Enterprise or Education, and curtailed feature upgrades for its Edge browser.

Microsoft gave no explanation as to why it's waiting until May to suspend the non-security updates, rather than put the policy into immediate effect and thus block potential updates expected on April 21 (C) and/or April 28 (D).