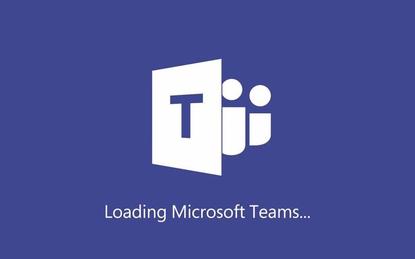 Microsoft has announced a new Microsoft 365 plan that will serve as the bottom rung for a group it has dubbed "firstline workers," people who take calls, ring up sales, interact with customers and spend their shift on factory floors or in the field.

The subscription, unveiled last week, will be labeled Microsoft 365 F1 and is to go on sale April 1.

That price is the same as Office 365 F3, which was also renamed from its previous F1 designation. That subscription offers many of the same bits as the new Microsoft 365 F1 but lacks some of what the latter contains and includes some of what the rival doesn't.

Among the former: Office 365 F3 doesn't have access to Enterprise Mobility + Security (EMS), the comprehensive security and management platform that's in Microsoft 365 F1. Microsoft 365 F1, meanwhile, doesn't include OneDrive for Business storage space or rights to Windows Virtual Desktop, which is available in both Microsoft 365 F3 and Office 365 F3.

Another step-down for Microsoft 365 F1 is that the access to online Office and Office Mobile apps is read-only: Workers on F1 will be able to read missives in Word or PowerPoint format, for instance, but cannot create their own.

The original price of Microsoft 365 F1 (now F3...yes, this is confusing) of $10 per user per month was one of the things that stuck out when Redmond debuted the subscription in 2017, for it was more than twice the price of the somewhat-similar Office 365 F1 (which will be dubbed F3 on April 1; more confusion, yes, we know).

For $48 annually ($4 per user per month), companies will be able to equip an employee with either Microsoft 365 F1 (the new subscription) or Office 365 F3. There is no plan that combines the two.

Instead, Microsoft left the rebranded Microsoft 365 F3, née F1, in that spot, which for the now-and-former $120 a year ($10 per user per month), contains every bit of both, plus a license to Windows 10 and Virtual Desktop rights.

Given the COVID-19 pandemic's upending of the workplace and work, Microsoft also made much of the enhanced Teams component in 365 F1.

Although the original Microsoft 365 F1 (again, for the last time, it's now F3) included a Teams component, it was a restricted version of the collaboration platform, notably allowing only one-to-one audio/video conversations.

Teams in the new F1 - as well as in the renamed version, named F3, and Office 365 F3 - now includes the complete Teams skillset. That should be a selling point for Microsoft 365 F1 and F3, what with the explosion in Teams use as employers have sent workers home.

That is, if the frontline employees are still working in some fashion as state after state orders complete lockdowns.