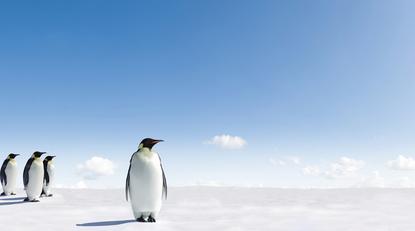 Where to now? Emperor penguins in Antractica.

Antarctica NZ's efforts to replace a custom-built events management system appear to have failed after it put the project on ice and wrote off most of its investment.

Antarctica New Zealand, the government agency that manages the country's activities and presence in Antarctica, has since 2012 managed its events using a bespoke software system dubbed Emperor, an acronym for for "event management, personnel, environment, risk, operations and resources".

The software, which it described as "complicated", allows the agency's planners to schedule and deliver all science programmes and movements in Antarctica.

In 2018, Antarctica NZ approached the market for a solution to renew the aging Emperor and in November 2018 a preferred vendor was contracted to deliver a replacement system.

According to an October 2018 announcement on the government tenders website the gig to develop "Emperor 2.0" went to Theta.

"By the end of June 2019, when the first phase was due, Antarctica New Zealand was concerned that the project wasn’t progressing in line with its aims so all work was paused and an external consultant was engaged to review the project," the agency reported to Parliament as part of its yearly review.

That advice had been received and the agency said it was reviewing its organisational digital strategy.

"Due to uncertainty about the future direction of the project, the balance of costs was impaired in the financial statements at 30 June 2019," it said.

This was a portion of the overall project budget, the total value of which was redacted from the document.

No permanent staff were affected by this process, Antarctica NZ said.

"The work of independent contractors working on the contract has been paused pending the outcome of the above review."