Sophos back in private hands 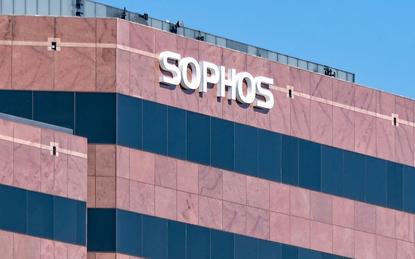 Thoma Bravo revealed its acquisition bid for Sophos in October last year, with the cyber security solutions vendor’s board unanimously recommending the offer to the company’s shareholders.

Based in the United States, Thoma Bravo focuses on the software- and technology-enabled services sector, with more than $35 billion in investor commitments. Indeed, the firm has acquired more than 200 software and technology companies representing more than US$50 billion of value.

Sophos chief Kris Hagerman said at the time that the deal, which put  the purchase price at US$7.40 per share in the U.K.-headquartered vendor, had the potential to represent a new chapter in the company’s growth history.

The price per share represented a 168 per cent premium to Sophos’ initial public offering (IPO) share price in June 2015, when it floated on the London Stock Exchange, reportedly attaining an initial valuation of just over £1 billion, according to TechCrunch.

For Sophos CEO Kris Hagerman, Thoma Bravo’s stands as a mechanism for accelerated progress for the cyber security vendor.

“Sophos is excited to work with Thoma Bravo as we begin our next chapter of growth and success, continuing in our mission to deliver the world’s most effective next-generation cybersecurity technology,” Hagerman said. “Our transition to become a fully next-gen cybersecurity leader continues to rapidly progress.

“Last quarter, our next-gen product portfolio represented over 60 per cent of our entire business, and grew 44 per cent year-over-year. And very recently, we launched our most significant network security technology ever, the Sophos XG Firewall with Xstream architecture.

“With Thoma Bravo as a partner, we believe we can accelerate our progress and get to the future even faster, with dramatic benefits for our customers, our partners and our company as a whole,” he added.