The distributor’s trans-Tasman business as a whole generated nearly A$1.8 billion revenue during the year 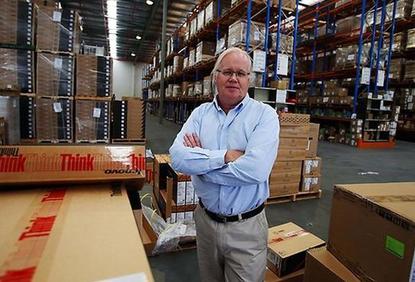 The Australian-listed distributor reported New Zealand earnings before interest, tax, depreciation and amortisation (EBITDA) of A$1.8 million for the year, and profit after income tax of A$825,000 in the country.

Across the entire company, Dicker Data ended 2019 with growth across all metrics, including after-tax profit, which rose by 67.3 per cent up to A$54.3 million.

Revenue also increased by 17.9 per cent, with Australia growing revenues at 16.8 per cent and New Zealand at 38.4 per cent, totalling nearly A$1.8 billion.

As detailed in the directors’ report submitted to the Australian Securities Exchange (ASX), the distributor's software business saw the sharpest growth of 38.5 per cent to A$429.1 million, followed by hardware at 12.6 per cent to A$1.3 billion and then its services business rising by 6 per cent to A$8.1 million.

Within software, the strongest growth was seen in its recurring revenue products, which increased by 47.9 per cent up to A$366.5 million.

While profitability increased, so too did operating costs, rising by 8 per cent to A$86.8 million, due to an increase of salary related expenses.

Commenting on the results, the distributor's CEO  David Dicker, called the results “truly outstanding” and “an incredible outcome”.

Dicker said the acquisition of Express Data back in 2014 had been a highlight, claiming that it has more than doubled its profit from initial targets.

“When we acquired Express Data in 2014 one of our goals was a A$30 million profit in the first year of operation,” he said.

“There were doubters that we could do that, but we achieved it. In just five years we have more than doubled what seemed like a pretty ambitious target.”

The sale of Dicker Data’s current distribution location in August 2019 to make way for a larger one contributed to a profit of A$12.2 million, which the CEO said was a “winning strategy.”

“We built 230 Captain Cook Drive for approximately A$24 million in 2010, while the commercial property market was in a severe down-turn, but we rode it out,” he said.

The construction of the new distribution centre is expected to be completed by the end of 2020.

Later in 2020 we will be moving next door into a new, improved and virtually double sized facility. The close proximity will also help with a very efficient move.

While not going into specifics, the distributor also plans to capitalise on the “momentum and opportunity ahead as businesses now look to further accelerate the time to realising their goals through further investment into technology.”