Block was widely seen as a potential successor to Benioff 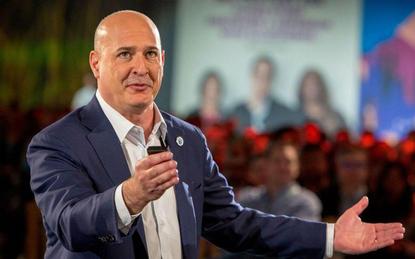 Salesforce said on Tuesday Keith Block has stepped down as co-chief executive officer, making Marc Benioff the sole CEO of the business software company, sending its shares down nearly 3 per cent in extended trading.

Block was widely seen as a potential successor to Benioff, who founded the company in 1999, and will continue as the chairman.

The company has spent more than U.S.$16 billion last year for acquisitions, adding muscle to its cloud products as it fends off competition from bigger rivals like Oracle Corp and German competitor SAP.

Salesforce forecast first-quarter revenue between U.S.$4.88 billion and $4.89 billion, compared with analysts' estimates of U.S.$4.84 billion, according to IBES data from Refinitiv.

(Reporting by Neha Malara in Bengaluru; Editing by Shailesh Kuber and Shounak Dasgupta)