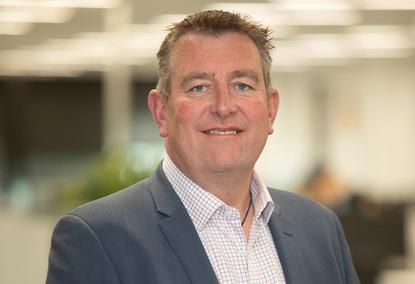 In New Zealand, CSG has been a long-term partner of Konica Minolta, however, in recent years it had expanded to offer other third party products from HP and Brother among others, Peter Thomas, managing director of Fuji Xerox New Zealand, told Reseller News.

In addition to those traditional lines of business, in 2015 CSG also acquired CodeBlue, which provides IT services to SMBs.

Roughly 30 per cent of CSG's New Zealand business is now coming from that CodeBlue business and that was growing at 20 per cent a year, Thomas said.

Australian Securities Exchange (ASX)-listed CSG reported $101 million in New Zealand sales for the year ended 30 June 2019, down from $107 million in 2018, according to filings with the Companies Office.

Despite that sales decline, CSG New Zealand's bottom line improved from an $18.6 million loss to a $7.9 million profit on reduced cost of sales.

While Thomas said Fuji Xerox could continue to offer support for non Fuji Xerox fleets supplied by CSG, the company will offer customers the chance to change to Fuji xerox equipment in future.

It would also augment those offers with any third party products needed to meet customer demand.

Thomas said the CSG buyout did not require Overseas Investment Office approval thanks to treaties with Singapore, where Fuji Xerox Asia Pacific is based.

There was, however, extensive engagement with competition regulator the Commerce Commission, which decided late last year to let the transaction proceed.

Serious competitors remain in the forms of HP, Ricoh, Canon and others.

Konica Minolta declined to comment on its plans, telling Reseller News it would make announcements in the next couple of weeks.

Thomas said the buyout was a great opportunity not just for Fuji Xerox but for CSG partners and customers to become part of a bigger organisation with greater reach, products and services.

In addition, the group could offer complementary services through CodeBlue.

"Let’s be honest, the core print business that we’ve been known for and CSG/Konica Minolta is known for is in serious decline in this market," Thomas said.

"New Zealand is going digital and I think everyone is aware of that."

Whilst there was going to be continued demand for print, and Fuji Xerox would continue to focus efforts in that area, it would also be looking to offer a range of additional services to customers to help them operate in the digital age.

"More and more customers are looking to reduce the number of suppliers that they have, to move to more consumption based services, and get more flexibility in their contracting arrangements from suppliers," Thomas said.

"We think we are well positioned to have those conversations."

The group expected to work closely with CodeBlue which would be retained as a separate brand.

"Only last week or the week before, CSG announced in Australia it was rebranding its IT services as CodeBlue," Thomas said.

"We’ll absolutely looking to see how we can use IT services to grow relevance with customers on both sides of the Tasman."

CSG and Fuji Xerox would continue to operate separately for the immediate future while discussions over their future planned positions were under way.

Thomas said the group in New Zealand would provide a single face to the market "over time".

His predecessor, Mark Bayliss, will continue to advise for a period of time.

Locally, Chris McKay would continue at CodeBlue and would be working closely with Thomas to see what the integration of the companies would look like here.

Fuji Xerox is still recovering from a $450 million accounting and billing scandal that began in Australasia and rocked the entire company.

However, it was continuing to "hold people to account"' through High Court action, Thomas said.

"From our point of view, Fuji Xerox has been through some ups and down over the past few years," he said.

"I’m really proud of the work we’ve done to move the company forward."

Fuji Xerox NZ was suspended from government procurement panels in the wake of those events. That suspension has now been lifted but the company remains on probation until later this year.