A Huawei spokesman said the company was disappointed in the loss 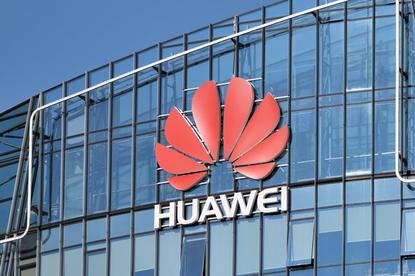 A federal judge in the United States has rejected Chinese telecommunications equipment maker Huawei Technologies' constitutional challenge to a U.S. law that restricted its ability to do business with federal agencies and their contractors.

In a 57-page decision, U.S. District Judge Amos Mazzant ruled in favor of the United States, concluding that Congress acted within its powers by including the restriction in the National Defense Authorization Act, which also targeted Chinese company ZTE Corp.

A Huawei spokesman said the company was disappointed in the loss.

"While we understand the paramount significance of national security, the approach taken by the U.S. Government in the 2019 NDAA provides a false sense of protection while undermining Huawei's constitutional rights. We will continue to consider further legal options," the spokesman said.

The government was pleased with the ruling, a Justice Department spokesman said.

Huawei filed the lawsuit in March 2019, saying a law limiting its U.S. business was unconstitutional.

Huawei had challenged Section 889 of the National Defense Authorization Act, signed into law by U.S. President Donald Trump, which bars federal agencies and their contractors from procuring its equipment and services. Huawei lost on a summary judgment decision.

Among its many arguments, Huawei argued that the NDAA was overbroad in restricting its sales and violated due process.

Judge Mazzant of the U.S. District Court for the Eastern District of Texas disagreed on both counts, saying that the NDAA was "appropriately tailored to the burdens imposed" and said he was unpersuaded that the law impairs Huawei's existing and future contracts.

While Huawei had very little share of the U.S. market before the bill, it is the world's biggest telecoms gear maker and is seeking to be at the forefront of a global rollout of fifth-generation (5G) mobile networks and services.

The Trump administration is also considering changing U.S. regulations to allow it to block shipments of chips to Huawei from companies such as Taiwan Semiconductor Manufacturing Co Ltd (TSMC), the world's largest contract chipmaker, two sources familiar with the matter said.

(Reporting by Jonathan Stempel in New York and Diane Bartz in Washington; Editing by Dan Grebler and Richard Chang)