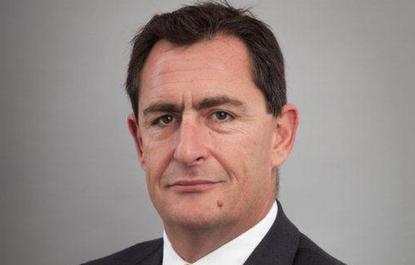 The shift to a new global brand, arguably, could not have come at a better time for NTT, the company formerly known as Dimension Data locally.

Progress from that dire situation has been rapid, Gillespie said, with performance improvements across the board and clarity emerging about new market opportunities.

"There is an absolute desire to ensure we get it right for customers."

The NTT services team has moved their SLA performance from a percentile in the 60s, for instance, to the high 90s, through improved processes and better use of information.

There is an amazing change on services side and customers are noticing that," Gillespie said. "That is driving our ability to do more with those customers.

"[Services director] Mark Dyer and his team deserve a huge amount of recognition."

The company is also moving from what Gillespie calls "regrettable churn" to "managed churn" among staff.

Staff turnover was in the high 30s and 40s, but that has plummeted.

"The team are optimistic and staying with it.

"Having said that, have made changes in leadership team and sales teams to drive performance that we want."

In Wellington, for instance, the arrival of Robin Hartendorp has bolstered performance in the vital government market.

"I doubt there’s a better sales person or sales manager around in Wellington," Gillespie said.

Government was a particular problem for NTT. Gillespie said it was a big p[art of the business, but not as big as it used to be.

It was over half of the business, but in recent times was also the fastest declining segment.

"We had a kind of adversarial approach to government, to them, blaming our customers," Gillespie said. "We've taken it on ourselves to change the way we pitch government and the platforms we sell."

Government is a "buying community" so reputation is even more important than in other markets.

"It wasn't good but it's night and day better. We have massive opportunity to take that market and do something exciting about it for the benefit of government."

The key to that is about about understanding NTT's place. It was possible, for instance that Dimension Data was on too many panels, trying to be all things to all people.

Gillespie said he is happy with the major panels, and NTT will be certified for them.

"I feel like we should be in the middle of this panel system because we were part of creating it," Gillespie said, referring to Dimension Data's role in helping to bring One.Government to NZ.

The  NTT integration is also helping, allowing the business to bring things to market it couldn’t build on its own, such as managed security offerings Gillespie described as "world class".

"We hit the market pretty hard with that," he said.

"The scale of NTT allows us to reveal far more of what’s going on out there to customers. I think we can revolutionise enterprise and corporate security in New Zealand."

While NTT NZ has been "late to the party" when it comes to cloud, it is still planning to join that party as well.

As part of the NTT integration, the company now has access to the capabilities coming out of Spanish acquisition Capside (pronounced cap-sid-ay).

"We have the opportunity to introduce that to the market without much delay," Gillespie said.

While late, there has been a benefit in Dimension Data not being part of the existing government IaaS panel.

"IaaS is one of the fastest things we’ve seen go from growth to commodity to legacy," Gillespie said.

"It’s been five years to go through that whole process. It’s legacy now, already. I’m very glad we don’t own a datacentre."

While there are still security issues with public cloud, some IaaS will be retained. Apart from that, though, NTT NZ sees the government into public cloud accelerating, to AWS and especially Microsoft.

"If the whole market moves that way then government will as well. And we will."

Another issue being addressed was revitalising NTT NZ's approach to partnering. Dimension Data had, to some extent, lost its way on that front and become "insular".

"One of the things we used to do quite well as an organisation, and I think we lost our way on, was working with other people, partnering.

The leadership team has spent a lot of time having "mature" conversations with other organisations and is well down the track towards formalising new relationships.

After several years of declining sales and write-downs on the value of local acquisitions, NTT NZ recorded $177.6 million in revenue for the year ended 31 March, 2019 and a bottom line loss of $6 million.

However, the financial benefit of NTT's current efforts were arriving sooner than expected.

While Gillespie said he couldn't be specific due to multinational rules, he can see an impact the current financial year.

"This year has been about turning the business around and while doing that we changed the financial trajectory as well," he said.

"I didn’t expect that. We've done better than I thought we would."