Plans to launch a tender offer on or around 2 March 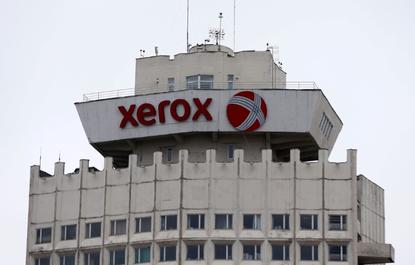 Xerox has raised its offer to buy HP by US$2 to US$24 per share, following several rejections of its previous buyout offer by the PC maker.

Xerox said its latest offer comprises US$18.40 in cash and 0.149 Xerox shares for each HP share — valuing the company at about US$35 billion — and that it plans to launch a tender offer on or around 2 March.

HP shares rose nearly three per cent to US$22.31, while Xerox was up about one per cent.

The U.S. printer maker first made a US$33.5 billion cash-and-stock offer for HP, a company more than three times its size, in November. HP's board had then rejected the offer, saying it significantly undervalued the company.

"This bid increase puts more pressure on Xerox to extract costs as a combined entity. I'd look for HP to question the economics of the synergies after Xerox raising their bid," Morningstar analyst Mark Cash said.

Xerox said last month it planned to nominate 11 independent candidates to HP's board and that it had secured US$24 billion in financing for the offer.

The company also expects its proposed acquisition to result in sales growth of as much as US$1.5 billion for the combined company, according to a presentation by Xerox in December.

Some Wall Street analysts have said a merger would help the companies in a declining printing market, while others have cited challenges to integration, given their different offerings and pricing models.

"While we believe the printing market is ripe for consolidation, we question why Xerox would want to acquire one of the largest players in a slowing computer market," Cash said.

In December, activist investor Carl Icahn, who has a 4.2 per cent stake in HP and a 10.9 per cent stake in Xerox, urged HP shareholders who had agreed to the merger to reach out to the PC maker's directors for immediate action.

HP did not immediately respond to a request for comment.

(Reporting by Akanksha Rana in Bengaluru; Editing by Saumyadeb Chakrabarty and Vinay Dwivedi)