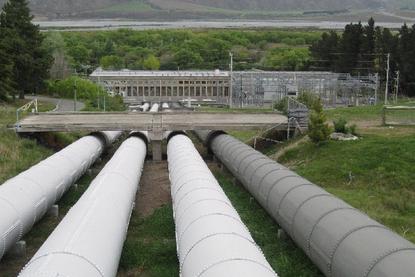 The company had already invested heavily in its security systems such as firewalls but lacked real-time visibility into what was happening across its network.

“As we continued to expand, digitise and add to our operational environment, this lack of visibility presented a major challenge,” said Marty Rickard, delivery manager of operational technology at Trustpower.

“We needed a new approach to cut through the noise, gain real insights into our network and ensure we were protected from cyberattacks.”

Trustpower is a retail power, gas, broadband and phone company as well as one of the country's largest electricity generators, with 38 hydro-electric generation sites across the country.

Nozomi Networks' Guardian, which provides visibility across operational technology as well a IoT devices, was selected through a competitive tender.

“Maintaining and exceeding these standards is a key priority for Trustpower and Nozomi Networks enables us to comfortably achieve that.”

“New Zealand businesses need visibility into their networks and awareness of who has access, and to what extent, to ensure they are protected," said Andrea Carcano, Nozomi Networks co-founder and chief product officer.

Guardian was put to the test in a lab environment where it proved able to capture live traffic and see virtually all devices in the network and how they communicated.

The system was tested with up to five times its node capacity and was still able to deliver results, providing never-before-seen insights into Trustpower’s network and a near-complete asset register in minutes.

Cybersecurity awareness and governance is becoming an ever higher priority in New Zealand, especially among providers of critical infrastructure.

GCSB director-general Andrew Hampton said the assessment identified a gap between leadership and governance, and cyber security practice across many organisations.

This was one of four focus areas; the others were preparedness, investment and supply chain.

It defines the principles of a cyber-security programme, provides a holistic view of risk, and provides advice on monitoring security performance.

“While the resource is intended to primarily support board and executive decision making around cyber-security resilience and risk, we also hope that practitioners will find it useful for supporting their engagement across organisations to achieve their security mission,” Hampton said.