Citrix goes back to the drawing board, hires new regional channel leader 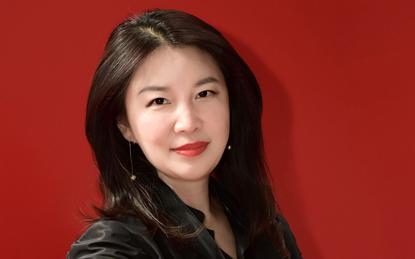 Citrix has appointed Kathy Chen as vice president of channel across Asia Pacific and Japan (APJ), following the short-lived reign of Manish Sharma.

Chen assumes regional responsibilities following the exit of Sharma in November 2019, who held the position for six months following his appointment in June 2019.

Effective immediately, Chen is tasked with overseeing channel growth across the region having joined the vendor as area vice president of Greater China in 2017. Chen is based in Hong Kong and will report to Bronwyn Hastings, senior vice president of Worldwide Partner Sales at Citrix, who was appointed to the role in November 2019.

“Citrix is a world-class enabler of digital business with solutions that deliver the experience, security and choice that people and organisations need to innovate, engage customers and be productive - anytime and anywhere,” Chen said. “I look forward to working with our partners and mutual customers achieve their digital transformation goals.”

Drawing on more than 20 years of in-market experience, Chen has held management positions across sales, operations, channel and alliances following roles at Twitter, Microsoft, Cisco and 3Com. Prior to joining Citrix, Chen was managing director for Twitter in Greater China, leading the social media giant’s growth across Mainland China, Taiwan and Hong Kong.

Sharma spent more than 15 years working as a technology partner of Citrix, leading sales operations of NComputing and Wyse across the region.

Meanwhile, Srinivas Nadesan assumed the role of regional channel director of Asia - spanning ASEAN and Korea - at the time of Sharma's appointment.

As revealed by Channel Asia, Nadesan is tasked with leading the vendor’s channel strategy and partner ecosystem growth across the Asia region, covering ASEAN and Korean markets. In this role, Nadesan works closely with partners, distributors and system integrators to “accelerate the adoption” of Citrix technology within Asia.