IBM's cloud business on the rise 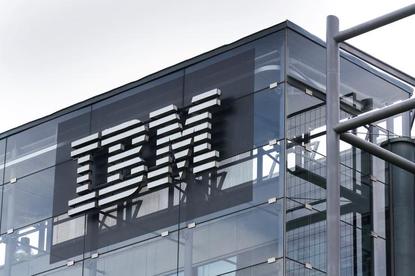 IBM has forecast full-year profit above market expectations after reporting surprise growth in quarterly revenue, boosted by its high-margin cloud computing business, sending its shares up more than 4 per cent.

Revenue from the cloud business, which is crucial as IBM pivots away from its established businesses including mainframe servers, rose 21 per cent to US$6.8 billion in the fourth quarter ended 31 December.

Over the past few years, CEO Ginni Rometty has been trying to shift the company's focus to the cloud through acquisitions and also by selling some of IBM's legacy businesses.

IBM bought Linux maker Red Hat Inc in a US$34 billion deal last year, its biggest acquisition so far, in a push to expand its subscription-based software business and counter falling software sales and declining demand for mainframe servers.

The company forecast an adjusted profit of at least US$13.35 per share for the year, compared with estimate of US$13.29.

Revenue from the cloud and cognitive software segment, which includes Red Hat, rose 8.7 per cent to US$7.2 billion.

IBM has said that it would report only a portion of Red Hat's actual revenue for some quarters, while recording all its expenses as required by US accounting standards.

The global technology services segment, which caters to some of the world's largest data centers, reported $6.9 billion of revenue, down 4.8 per cent from the previous year.

IBM recorded a marginal increase of 0.1 per cent in overall revenue to US$21.78 billion in the quarter, its first rise in six quarters. Analysts on average had expected a drop of nearly 1 per cent, according to IBES data from Refinitiv.

Excluding special items, it earned US$4.71 per share, above analysts' expectation of US$4.69.

(Reporting by Munsif Vengattil in Bengaluru; Editing by Maju Samuel)