How do Big Tech's carbon pledges stack up? 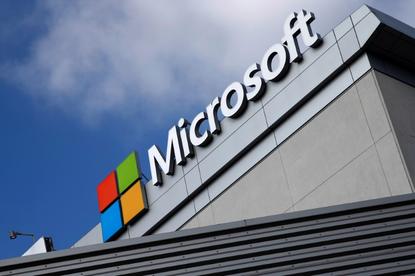 Microsoft has said would take out of the atmosphere as much carbon as the company had ever produced, joining US tech giants in setting ambitious goals for combating climate change.

Below is a snapshot of the promises and achievements US West Coast tech companies have made in the area:

Microsoft said it would be carbon negative by 2030, and that by 2050 it hopes to have sequestrated enough carbon to account for all the direct emissions the company has ever made.

The Windows operating system maker said it would fund the program with an internal carbon fee, and that its new climate innovation fund would invest $1 billion over the next four years into new technologies to reduce its carbon footprint.

Microsoft expects to generate 16 million metric tons of CO2 in 2020, including indirect emissions from activities like corporate travel.

The company said on Jan. 16 it would release annual reports of its carbon emission starting this year and would also sign the United Nation's Business Ambition Pledge to limit global temperature rise to 1.5°C above pre-industrial levels.

The iPhone maker last March said that it had reduced carbon emissions by 64% since 2011, preventing 2.8 million metric tons of CO2 from entering the atmosphere.

It also said it had doubled the number of suppliers using only clean energy for production and was on track to add 4 gigawatts of renewable energy to the power used by its supply chain by 2020.

However, in October Chief Executive Officer Tim Cook said in a speech that the company was on track to add 6 gigawatts of renewable power with its suppliers by 2020, raising its previous goal.

In December, Apple bought the first-ever commercial batch of carbon-free aluminum from a joint venture between aluminum suppliers Alcoa Corp and Rio Tinto, to be used in Apple products.

Apple's global facilities, including retail stores, offices and data centers across 43 countries use 100% renewable energy, it had said in 2018.

Amazon Chief Executive Officer Jeff Bezos has pledged to make the e-commerce giant net carbon neutral by 2040 and has said it will buy 100,000 electric delivery vans from U.S. start-up Rivian.

Cutting emissions is a challenging goal for Amazon, which delivers about 10 billion items a year and has a massive transportation and data center footprint.

Alphabet Inc's Google has vowed to neutralize carbon emissions from delivering consumer hardware by 2020 and include recycled plastic in each of its products by 2022.

The search giant said in August its transport-related carbon emissions per unit fell 40% in 2018 compared to 2017 by relying more on ships instead of planes to move hardware from factories.

Google bought enough renewable energy to match 100% of its global annual electricity use in 2017 and 2018, it said last year.

Facebook Inc said last year it was committed to reducing its greenhouse gas footprint by 75% from 2017 levels next year and to using 100% renewable energy in 2020.

A report by the social network shows that it has reduced green house gas emissions by 23% to 339,000 metric tons in the four years since 2014.

(Reporting by Amal S in Bengaluru)