Enterprise software and IT services are set to surge, but the same can’t be said for the devices market. 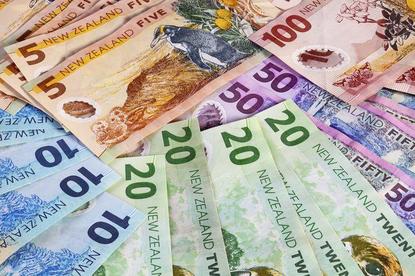 Global IT spending is anticipated to hit US$3.9 trillion this year, according to analyst firm Gatner, with enterprise software spending anticipated to see the biggest jump in growth, while device growth is expected to go backwards.

Gartner’s latest forecast suggests this year could see a combined increase of 3.4 per cent, compared to 2019, a boost that is expected to see Global IT spending close in on, or perhaps even surpass, the US$4 trillion point.

Locally, spending on software, IT services, communications services and data centre systems are all expected to rise, while the devices segment is set to fall slightly.


Globally, however, such increases are not likely to be distributed evenly across the various subcategories of offerings within the broader IT product and services palette that partners engage with.

Looking forward, Gartner has forecast the same, 10.5 per cent, year-on-year growth rate for enterprise software spend in 2021, with the total spend expected to top out at US$556 billion.

In 2019, enterprise software grew more slowly, clocking in at 8.5 per cent, according to Gartner, equating to roughly US$456 billion total spend worldwide.

It should come as no surprise to partners in the IT channel that the bulk of growth in the enterprise software category is coming from large scale adoption of cloud-based software services.

“Almost all of the market segments with enterprise software are being driven by the adoption of software-as-a-service (SaaS),” John-David Lovelock,  distinguished research vice president at Gartner, said. “We even expect spending on forms of software that are not cloud to continue to grow, albeit at a slower rate.

“SaaS is gaining more of the new spending, although licensed-based software will still be purchased and its use expanded through 2023,” he added.

According to Gartner, growth in enterprise IT spending for cloud-based offerings in general will be faster than growth non-cloud offerings through to 2022. Indeed, organisations with a high percentage of IT spending dedicated to cloud adoption indicates where the next-generation, disruptive business models will emerge.

Lovelock provides a reason as to the increasingly rapid rise of cloud-based spending, suggesting that conflicting needs in the enterprise space are driving organisations to search out new alternatives to solve business problems.

“Last quarter, we introduced the ‘and’ dilemma, where enterprises are challenged with cutting costs and investing for growth simultaneously,” he said. “Maturing cloud environments is an example of how this dilemma is alleviated: Organisations can expect a greater return on their cloud investments through cost savings, improved agility and innovation, and better security.

While enterprise software leaves other IT categories in the dust in terms of annual growth, in good news for many IT service providers the IT services segment is expected to see a marked boost this year and next. According to Gartner, 2020 will see IT services grow, year-on-year, by 5 per cent, to just over US$1 trillion.

Players in the IT services space can also expect to see a boost in 2021, with Gartner forecasting a 5.5 per cent year-on-year growth rate, and total spending set to soar to surge to more than US$1.1 trillion.

At the same time, Gartner anticipates the data centre systems market to log a slight, 1.9 per cent increase this year, compared to 2019, with total spending set to rise to US$208 billion. Next year’s growth in the category will be slower, at about 1.5 per cent, according to Gartner, with spending rising more modestly to US$212 billion.

Although slow, the expected growth for data centre systems spending over this year and the next is better than it was in 2019, which saw a 2.7 per cent year-on-year contraction.

The laggard of the pack is the devices segment, which is anticipated to experience just 0.8 per cent growth this year, with spending rising incrementally to US$688 billion.

Last year, the devices segment weathered a 4.3 per cent fall in spending, year-on-year, to US$682 billion. Next year, devices spending is likely to be in negative territory again, at about -0.3 per cent, according to the analyst firm. Spending is expected to fall to US$685 billion.

While Gartner attributes this year’s anomalous rise in devices spending to the adoption of new, less-expensive phone options from emerging countries, it should be noted that market researchers recently revealed that PC sales grew during the final quarter of 2019, boosting the entire year into the black. Gartner reported that PC sales grew 2.3 per cent for the December quarter, to 70.6 million units, and 261 million units for the year.

That said, there do appear to be a few forces at work to depress devices spending somewhat, with international currency exchange rates playing a role, with Gartner suggesting that the headwind coming from a strong US dollar has become a deterrent to IT spending on devices and data center equipment in affected countries.

“For example, mobile phone spending in Japan will decline this year due to local average selling prices going up as a result of the US dollar increasing,” Lovelock said. “The UK’s spending on PCs, printers, servers and even external storage systems is expected to decline by 3 per cent, too.”

Despite these headwinds, Lovelock sees a silver lining in macro economic trends that may otherwise be seen as troublesome to the business world and, in turn, IT spending.

“Although political uncertainties pushed the global economy closer to recession, it did not occur in 2019 and is still not the most likely scenario for 2020 and beyond,” Lovelock said. “With the waning of global uncertainties, businesses are redoubling investments in IT as they anticipate revenue growth, but their spending patterns are continually shifting.”

Article updated to amend the US$3.9 million figure in the first paragraph to US$3.9 trillion.