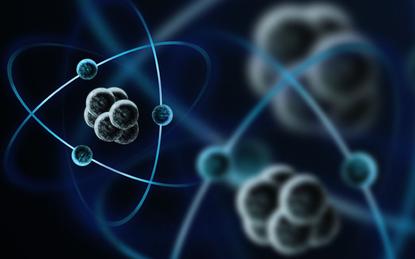 There's very little that is certain in the future of quantum computing and its related fields other than that it will truly be disruptive. Many engineers working in the applied world of quantum have made predictions about the seismic changes it has the potential to bring about, but even they aren't sure of the use cases and applications that will emerge once quantum computing becomes truly viable.

A leaked Google memo in 2019 brought quantum computing roaring into the media spotlight, with (perhaps premature) conviction that Alphabet was close to reaching 'quantum supremacy' – the moment where quantum machines can outpace traditional forms of computing.

Whatever Google is working on behind closed doors in the fields of quantum, we can be dead sure that the company is taking it incredibly seriously, as are its commercial competitors at IBM, Amazon and Microsoft.

Geopolitically, there is the potential for research into quantum to absolutely dwarf the well-publicised, ongoing supercomputing arms race. A leap into working quantum computing would provide the edge for whatever nation had developed it, allowing them to effectively break encryption and intercept communications as we know them.

"The first working quantum computer, I can almost guarantee it will not be announced, because whoever has got it will become the master of the universe," Andersen Cheng, founder of Post Quantum tells Computerworld. "They could crack bitcoin, they can empty all the wallets, they can intercept all the communications between the UK and the US, and so on.

"Why would they want to tell the world? Information supremacy is what all the nation states are striving for."

Cheng, who sold information warfare, surveillance, counter-terrorism, and interception business TRL to aerospace and defence multinational L3, believes this is not hyperbole, and that it's worth drawing the distinction between the commercially viable quantum machines and quantum machines built by governments.

"Strangely, the US is lagging behind," says Cheng, "believe it or not."

This is why President Donald Trump signed a US$1.2 billion law to invest in quantum technology in late 2018, he says, adding that research in Canada and Australia is both ahead of the USA's at a country level. The UK, as part of its own quantum boost, invested in building a quantum computer as well as some money in quantum key distribution. "But they are all hardware-related," he says. "We are still playing quite a bit of catch-up to be honest."

"Then you have other countries: obviously the most-mentioned one would be China, which is way ahead. In terms of the commercial world it's unlikely but in the government world they really are way ahead – they have been thinking about quantum computing for over 10 years now."

Although critics claim that commercially available quantum computers will be 10 to 20 years away, in the government world, people who are paying attention are more worried, with some predicting working machines in under five years.

The key difference here is that unlike in the commercial world, governments could have patched together quantum machines "the size of a stadium hidden somewhere in a basement" – and as long as it works, you can start cracking encryption.

He compares the commercial electric cars of today to the feasible electric cars that had already long been in existence – it is the feasibility, rather than its commercial viability, which could upset events on the international stage.

It's a similar point made recently to us by Thales, which similarly warned that hostile actors that have reached quantum supremacy would be able to break basically everything.

Post-quantum cryptography, Cheng notes, is given more attention in the medium-term roadmaps of the big technology firms today, rather than quantum computing in general.

Yuri Andersson and Claudio Marinelli, the entrepreneurs leading the QTEC quantum accelerator that operates from Bristol University, agree that developments in quantum are absolutely critical from a national perspective.

"I think it's crucial to develop sovereign capabilities," says Andersson. "This is a supply chain issue also, because if there is any one nation state that develops quantum production capabilities they may restrict the use of that for other nations."

They say that we can expect steady streams of developments throughout 2020, including in communications and quantum sensors, for example.

"We will be seeing quantum sensors monitoring oil and gas installations and in terms of communications there will also be some new developments," says Andersson. "I think it's probably a couple years before we see that being rolled out ... but there are some significant products that are underway.

"I think in terms of computing we are still going to see developments – the big announcement by Google, I think a lot of the other computing companies will follow with their own announcements. In the next year or so I think we will see some useful applications for quantum computing as well."

From a UK lens, Andersson says that the challenge will be keeping up with Silicon Valley, as well as the country's seemingly endless flow of capital to throw at startups. But blocks to this, especially in a post-Brexit world, could include failing to attract the right talent from other countries, although Marinelli adds that Britain's position is a "strong one", and that the UK was one of the front-runners in cultivating the necessary expertise.

But one particular challenge for the UK's quantum startup space, according to Andersson, is that quantum is "the deep end of deep tech" – and bringing the ideas of scientists into the business world is a real change that's not natural for many people working in the field.

Both Andersson and Marinelli believe more attention needs to be paid to adjacent fields of quantum research.

"Sensors is something that's been overlooked in the story of quantum technology," says Andersson. "There's a lot of focus on computing, as that's what generates the headlines, and that's what's the sexy story, but there's a lot of down to earth, real applications in sensors – methane sensing, or next-generation medical imaging – that's a real story that's not been told. That might get a little less hype bus is more the real-life, near-term applications."

"The risk is because some of this technology will use quantum as a starting technology enabler but will land as an application in a different market, people might not realise that something may be achieved thanks to breakthroughs aimed at quantum technologies," agrees Marinelli. "As Yuri pointed out, all the work around quantum sensors gets a little overlooked."