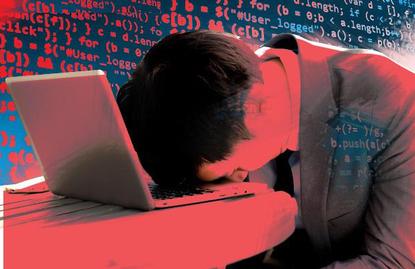 Developers surveyed by Mozilla in the second half of 2019 about their experiences with the web platform, tools, and capabilities were mostly satisfied, but they did cite some shortcomings, particularly issues with browser support.

Overall, 59.8 percent reported being satisfied with the web while 16.3 were very satisfied. Only 6.8 percent were dissatisfied and 2.2 percent very dissatisfied. These findings were part of the MDN Web DNA (Developer Needs Assessment) Report 2019, which draws on input from more than 28,000 web developers and designers worldwide.

The MDN Web DNA Report 2019 was the first edition of what is planned to be an annual global study of web developer and designer needs, intended to shape the web platform’s future. In addition to assessing overall satisfaction with the web platform, the report identifies the needs and frustrations of developers. Among the top 10 frustrations, web browsers play a role in four of them:

In one open-ended question, developers were asked what they would like to be able to do on the web but lack the platform features to do it. Here Mozilla identified 109 categories of developer wants, with the following seven gained the most traction:

Finall, when it comes to which browsers developers support, Chrome and Firefox led the way:

In acknowledging contributions, the report cites participation from the MDN Product Advisory Board, which, in addition to Mozilla, also includes Google, Microsoft, Samsung, the World Wide Web Consortium, and Bocoup.