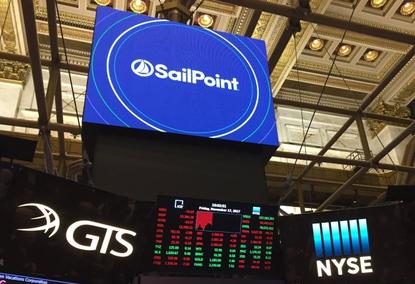 Identity security vendor SailPoint Technologies has appointed Craig Morrison to the role of channel director for Australia and New Zealand.

Morrison’s appointment goes some way to filling the gap left by Craig McGregor, who held the position of channel director for the Asia Pacific region from October 2018 to September 2019, when he moved on to Mimecast.

Based in Sydney, Morrison will be responsible for SailPoint’s channel strategy in the A/NZ region.

On his appointment, Morrison said he was thrilled to be joining the vendor.

“I’m excited to dig in to the role and get to know our partners’ businesses to drive joint success while delivering continued value for end-users,” he said.

“One thing that attracted me to SailPoint is its vibrant ecosystem of resellers, systems integrators, distributors, and technology partners.”

Terry Burgess, vice president for Asia Pacific said Morrison brings “a wealth of channel knowledge to SailPoint” and looks forward to working with him in order to further the vendor’s channel strategy.

“We’re excited to have Craig on board for this next chapter of his career,” said Burgess.

“Craig knows the IT channel community having spent 20 years working at and with vendors, resellers and distributors.”

Over those 20 years, Morrison has held a number of managerial roles in the IT industry, most recently holding a position as regional sales manager at data security solutions provider Varonis.