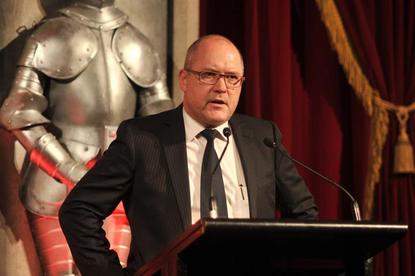 Holtzhausen will take on the role of regional director for Forcepoint, replacing Sam Ghebranious who has departed.

The industry veteran will be responsible for leading Forcepoint’s 50-strong team across A/NZ, as well as growing its presence within the channel, as the security vendor rolls out its refreshed partner program.

"It is a challenging, yet exciting time to be working in cyber security," Holtzhausen said. "As we continue to see global enterprises and governments fall victim to data breaches, it has become clear to me that traditional approaches to security are failing.

"Forcepoint’s unique behaviour-centric security approach is a key differentiator when it comes to secure critical data and people."

Holtzhausen plans to bring his channel knowledge to Forcepoint, telling ARN the vendor has invested in a "robust global partner program with the resources, incentives and training support to enable our partners to be successful".

"I know from experience that customers want vendors and the channel to operate as strategic partners, consulting on solutions that will help them achieve their business outcomes," he added.

"In my new role, I look forward to bringing my experience and relationships to the table in a way that will ensure business success for our customers with market-leading security solutions needed to mitigate today’s sophisticated threat landscape."

The deal saw Symantec undergo a US$100-million restructure that led to a swathe of redundancies both in Australia and the wider region.

Holtzhausen had only rejoined Symantec last November having previously worked there in 2013 as its senior director of channels and commercial in the Pacific region.

Following this, he became the Asia Pacific and Japan channel lead for Veritas, during the time the two vendors officially split.

During his two-decade career, Holtzhausen has also held senior regional roles at IBM, Dell Software and CA Technologies, another company snapped up by Broadcom.